Home>News>Cambridge Analytica, firm tied to Kenyatta, faces scandal scrutiny
By AT editor - 20 March 2018 at 6:43 am 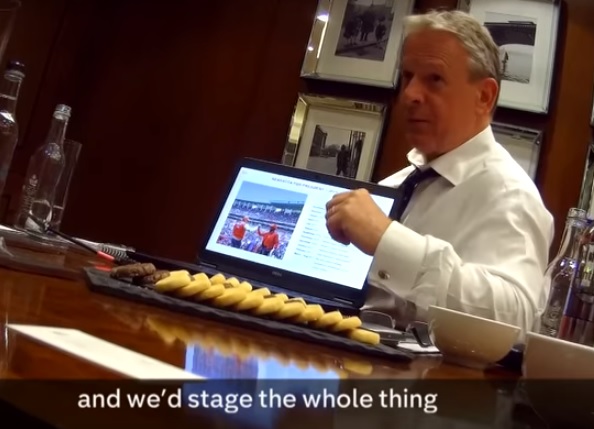 Democracy, data and dirty tricks: That’s what Channel 4 television in the UK uncovered during an investigation of British data firm Cambridge Analytica (CA), a company involved in political campaigns across the globe – including President Uhuru Kenyatta and the Jubilee party in Kenya’s 2017 election.

The Channel 4 team secretly filmed CA principals including CEO Alexander Nix and manager Mark Turnbull discussing work with someone posing as a Sri Lankan client hoping to influence an election. Turnbull, and later Nix, explained how they use data drawn from social media to craft highly targeted messages, but they also described methods for compromising candidates – including the film evidence of corruption through cash and land bribes, or trapping them with Ukrainian sex workers.

Channel 4 shows the CA executives on tape, bragging about their role in Kenya’s elections in both 2013 and 2017, as well as elections in Nigeria, Mexico, Malaysia and for United States President Donald Trump. The television station plans another segment devoted entirely to Trump’s campaign.

“It’s no good fighting an election campaign on the facts,” Turnbull said, “because actually it’s all about emotion.” The 20-minute segment then turns to Kenya and how emotion played into electoral violence, with Turnbull bragging about CA’s role in branding the Jubilee party, conducting political research and more.

“Then we’d write all the speeches and we’d stage the whole thing,” Turnbull said, showing off scenes from Kenyatta’s campaign on a laptop.

Kenyatta has not made an official response, but Cambridge Analytica on Monday issued a statement saying it “rejects the allegations” made by Channel 4 and charged that the report “is edited and scripted to grossly misrepresent the nature of those conversations and how the company conducts its business.”

The company entertains a wide range of possibilities with clients, and did not wish to embarrass a potential client making unethical suggestions – so they merely played along, they say.

“I am aware how this looks, but it is simply not the case. I must emphatically state that Cambridge Analytica does not condone or engage in entrapment, bribes or so-called ‘honeytraps,’ and nor does it use untrue material for any purpose,” Nix said. “I deeply regret my role in the meeting and I have already apologized to staff. I should have recognized where the prospective client was taking our conversations and ended the relationship sooner.”

The company says its business interests require discretion, and its work is no different than that of other marketing agencies or political campaigns seeking to influence communities online.

British officials including the information commissioner plan to investigate the company, which is under pressure for its role in potentially illegal Facebook data mining schemes.

To view the entire Channel 4 report, see this link.

To see the full Cambridge Analytica response, see this link.