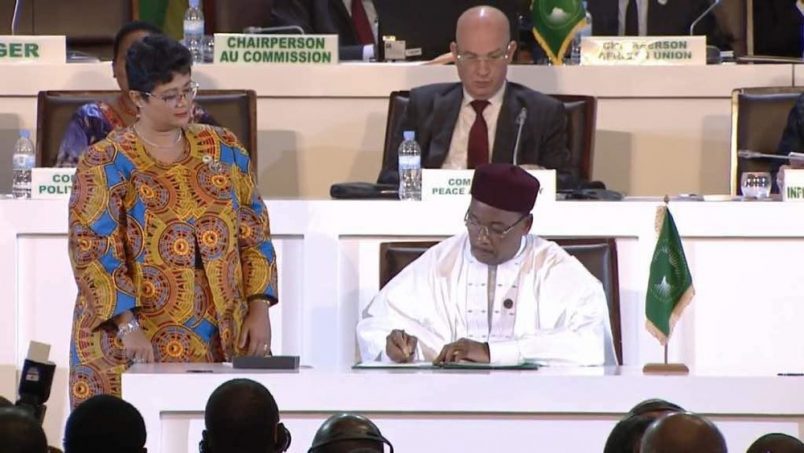 The African Continental Free Trade Area agreement has been signed by 80 percent of African Union member nations, paving the way for expanded markets and economic growth and development.

Eighty percent of the 55 AU nations heeded the call of AU Chairman Paul Kagame, the president of Rwanda, and AU Commission Chairman Moussa Faki Mahamat to support the free movement of goods and services across borders. Another 43 countries signed the Kigali Agreement, and 27 signed a free-movement agreement intended to open borders for Africans to choose where they live, work and study.

“Africa is turning a corner in its history and is now entering a new era with a unified internal market, offering enormous opportunities for investment development, industrialization and trade for the benefit of its people,” Issoufou said in his address. 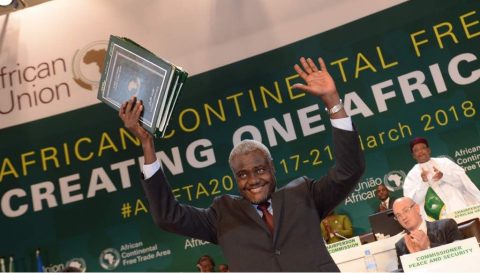 Faki Mahamat said the intentions of 44 AU member states exceeded his expectations. “After more than 55 years of political union, it is time to consolidate the economic union through trade, the irreversible engine of the wealth of nations and the integration for Africa that we want,” he said.

Among those holding back is Nigeria, with President Muhammadu Buhari choosing not to attend under pressure from labor leaders.

“We will not agree to anything that will undermine local manufacturers and entrepreneurs, or that may lead to Nigeria becoming a dumping ground for finished goods,” Buhari said in a message late Wednesday.

Kagame, speaking during a press conference that followed the heads of state signing ceremony, said Nigeria clearly is a big part of the bigger market created under the ACFTA. “So everyone wants Nigeria as a part of the continental free trade area,” he said. “Some countries may have some internal issues to address going forward.”