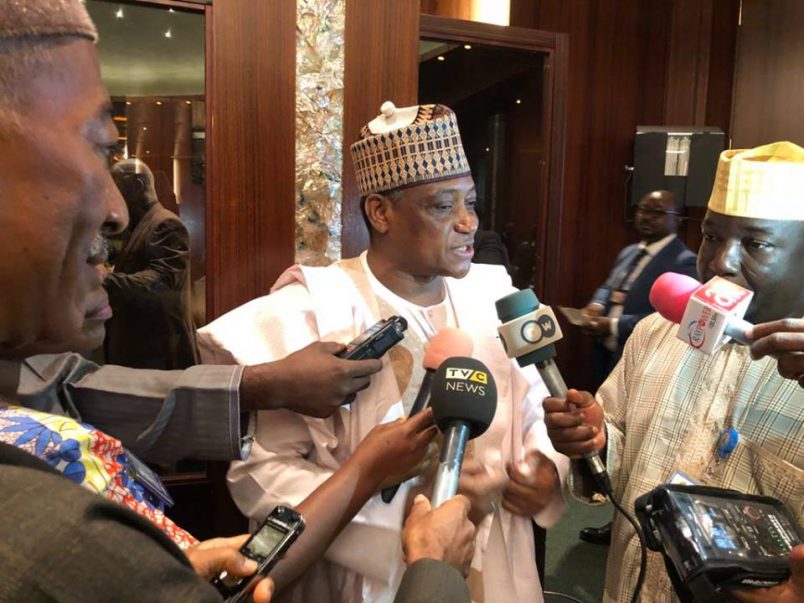 In Nigeria, the released Dapchi girls left Damaturu in midafternoon Wednesday, continuing their 135-kilometer journey to Maiduguri as part of a heavily secured military convoy.

Nigerian state radio said the girls abducted from the Government Science and Technical College in February were first seen at Dapchi General Hospital before being taken to military headquarters in Borno State, where they were expected to meet with ministers sent by President Muhammadu Buhari.

Lai Mohammed, the information minister, said the girls were receiving medical care, counseling and psychosocial support. The number of released students had risen to 101 but may go higher as Nigerian authorities sort out the documentation and identities of the girls.

The spokesman confirmed that there were successful negotiations for the girls’ release but military confrontation had been ruled out and no ransoms were paid. They were released at about 3 a.m. through back-channel efforts and “the help of some friends of the country” but Mohammed did not elaborate.

“For the release to work, the government had a clear understanding that violence and confrontation would not be the way out as it could endanger the lives of the girls,” he said. Military operations were paused during the release window to ensure a free passage without loss of life.

A total of 110 students went missing on February 19 after insurgents identified with Boko Haram took them from the school. No information was released on the welfare of those who remain missing.

Nigerians have been skeptical about the government’s success in securing the Dapchi girls’ release, as officials have long been criticized for their response to Boko Haram attacks on schools, including the 2017 attacks on University of Maiduguri and the high-profile Chibok kidnapping in 2014. President Muhammadu Buhari and his government often are accused of overstating their success in fighting Islamic extremists.