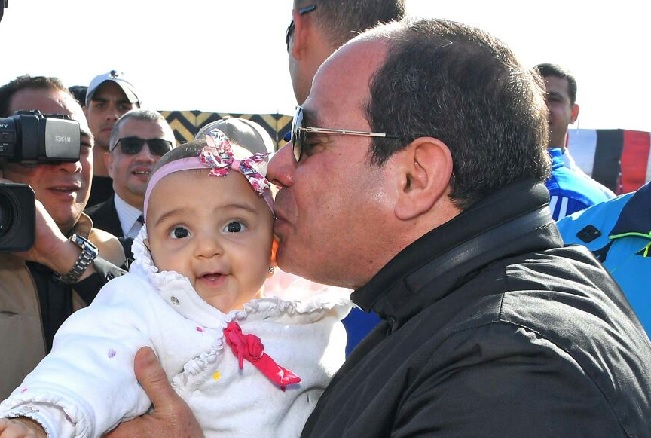 Voting in Egypt’s presidential election begins on Monday, but it’s appeared for months unlikely that President Abdel-Fattah El-Sisi will risk any loss.

Interior Ministry officials said Sunday they’re taking the final steps to secure 11,000 polling stations, which open at 9 a.m. for the first of three days of voting. Processing and tallying of the votes will begin after the polls close on Wednesday. In the unlikely event of a runoff, the Egyptian National Election Authority (NEA) plans that for the end of April.

That scenario is made wildly improbable by the elimination in recent months of Sisi’s potential challengers, except for one. Pro-government Ghad Party leader Mousa Mostafa Mousa, who announced his bid at the last minute after publicly supporting Sisi himself, is not expected to present a barrier to Sisi’s second four-year term.

Sisi announced on January 19 his intention to stand for re-election, which was followed the next day by news of former military chief Sami Anan’s candidacy. Within three days of announcing his run, Anan was detained on grounds that he did not properly separate from active military service, which prevents him from running for the elected office under Egyptian law.

Even as the methodical elimination of viable candidates met with international disapproval, and his all-but-assured re-election was called a sham, Sisi has said he wished there were more contenders for him to run against.

According to the NEA, there are 54 local NGOs with election observation status, and another 15 approved international observers.