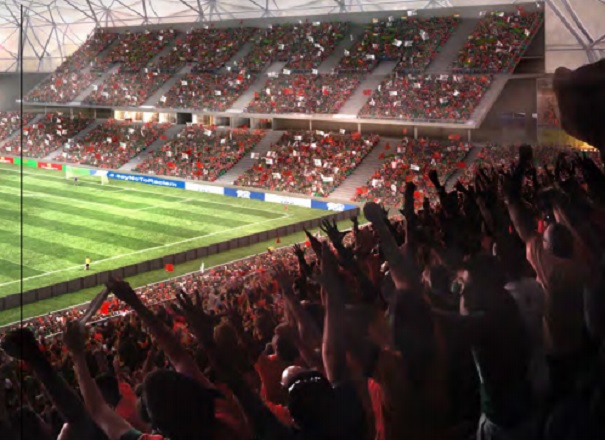 Morocco’s bid to host the 2026 FIFA World Cup made quite an impression Monday when the international football organization made the “bid books” publicly available – and it wasn’t just because of King Mohammed VI’s appeal on the basis of traditional Moroccan hospitality in a new era of modernity.

The North African nation touted its “very low gun circulation” and low murder rates, especially when compared with the North American bid that includes Canada and Mexico but is led by the United States. The bid release comes as U.S. gun control and crime debates are front and center in political discourse.

“The murder rate is exceptionally low – below 3 per 100,000, placing Morocco on the same level as Denmark and Japan,” the document said. The section on security touts the country’s counterterrorism expertise, which is frequently sought by African partners, and specifically in managing sporting events.

The nearly 200-page document details Morocco’s cities and sports venues, and how upgrades for World Cup are envisioned. It includes information about culture, the political and economic situation, infrastructure such as media, transportation and hospitality, and it underscores the Moroccan commitment to sustainability.

“Morocco has upheld a natural, deep-rooted tradition of generous hospitality. It also has a longstanding record as a safe, stable country,” the king’s statement said. “Building on these assets, the Kingdom has forged ahead with its modernization process, stepping up the pace of development in all sectors.”

To view the complete bid document from the Moroccan Football Association, see this link.