Home>News>Sierra Leone set to move ahead with delayed runoff election
By AT editor - 27 March 2018 at 7:11 pm 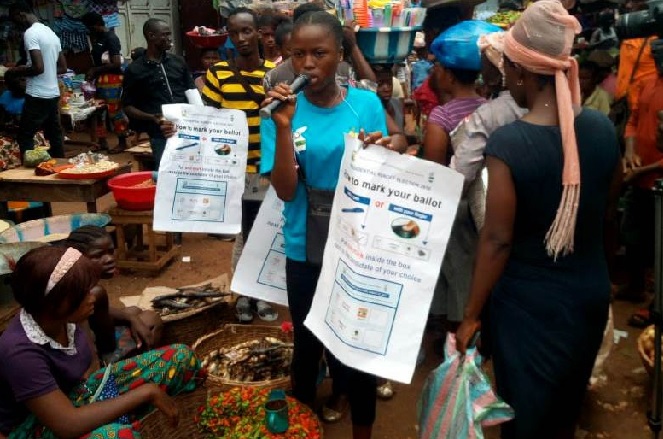 Officials in Sierra Leone will hold the runoff presidential election originally planned for today on Saturday, following a last-minute High Court ruling that allows the voting to proceed.

While a decision was welcome news to the National Election Commission, it also meant a delay because of the logistics required, said NEC Chairman Mohamed Conteh in a statement.

“The Commission calls for peaceful conduct and participation of all eligible voters,” the NEC said. “NEC continues to assure all stakeholders that it is committed to conducting credible elections.”

The runoff between Sierra Leone Peoples Party (SLPP) candidate Julius Maada Bio and All People’s Congress (APC) candidate Samura Kamara will determine who will replace the APC’s outgoing President Ernest Bai Koroma. Neither candidate received the necessary 55 percent of the vote in the first round.

The now-lifted injunction followed charges of electoral fraud, including those from the National Grand Coalition (NGC) Party claiming “systemic and widespread” irregularities in the initial voting. NGC candidate Kandeh Kolleh Yumkella received 6.9 percent of the vote; the party has again told supporters it is not endorsing either the APC or SLPP candidate, despite being approached by both parties seeking it.

“It is significant to note that the majority of political parties including the two parties involved in the run-off have reported gross irregularities and malpractices in the conduct of the March 7 elections,” the NGC said Monday during a press conference that revisited alleged violations. “Indeed, it was on account of these irregularities that a member of the APC acting in his individual capacity sought an injunction.”

The NGC reminder followed another round of rumors on social media, which the NEC has warned voters to disregard. “Misinformation causes confusion, raises suspicion and damages trust,” the NEC said. “It threatens the peaceful environment that Sierra Leone has only recently come to enjoy.”

NEC also complained this week that Sierre Leone Police were overstepping the boundaries of their security role in the election, entering NEC offices to conduct random interrogations of staff members.