Home>News>Appeal for calm in Guinea as opposition plans new protests
By AT editor - 30 March 2018 at 7:15 am 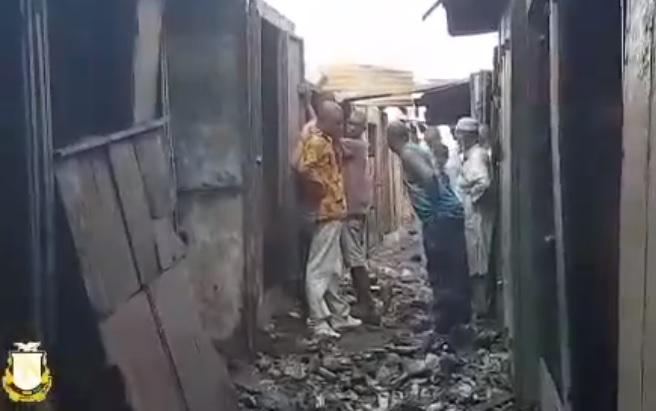 As the political opposition in Guinea plans new protests for next week, the Amnesty International organization has appealed for government forces to show restraint as clashes in the West African nation have become increasingly violent.

At least 15 people have died and many more injured since local elections were held on February 4.

“The intensification of increasingly partisan rhetoric from all political camps, including hate speech on social networks, has exacerbated social tensions and exacerbated the risk of future violence,” Amnesty said in a statement issued jointly with Human Rights Watch. “The government should act immediately to end hate speech, and political parties should condemn members who use it.”

Political violence in Guinea is fueled by deep ethnic divides, the NGOs said. The Malinke ethnic group dominates the ruling Rally of the People of Guinea (RPG) party, while members of the Fulani group make up a large part of the Union of Democratic Forces of Guinea (UFDG) opposition party.

The UFDG accused the ruling party of electoral fraud following local elections in February, and opposition groups have held protests every week since, frequently blocking streets in and around Conakry. Security forces have used live ammunition as well as tear gas when responding to protests.

Opposition leaders also have called for an investigation into the Madina Market fire, above, in Conakry on March 17, claiming that government supporters threatened to attack the market and were behind the destruction of shops. On March 12, protesters ransacked media offices in Conakry.

Guinean officials have promised to reduce tensions and ensure justice, which Human Rights Watch and Amnesty International have encouraged.

“Given the long tradition of electoral violence in Guinea, the risk of witnessing further violence remains high,” said François Patuel, researcher on West Africa at Amnesty International. “The government should send a clear message that any abuses committed during protests will be investigated impartially and prosecuted in fair trials. Political leaders in Guinea should also make clear and strong public statements, at the highest level of each party, denouncing intercommunal violence and hate speech.”