Home>News>Sierra Leone counts votes as both presidential candidates claim victory
By AT editor - 2 April 2018 at 11:35 pm 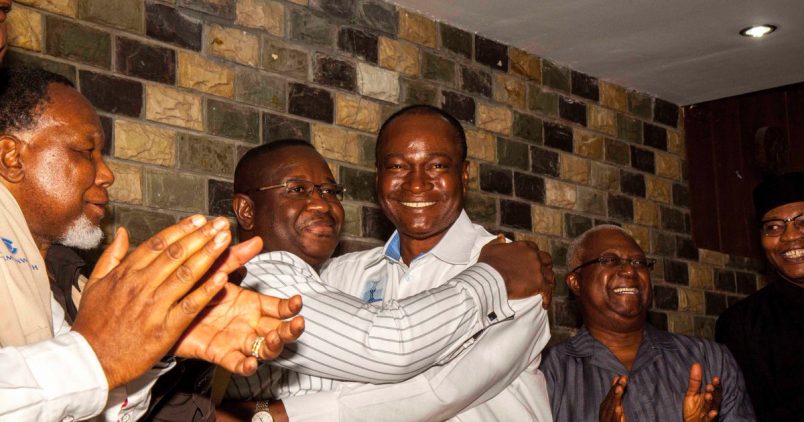 Sierra Leone has resumed the tally of presidential election runoff votes, after an agreement was reached between the country’s National Election Commission (NEC) and the two candidates, the NEC said Monday.

The agreement followed a dispute over how the votes were being counted, leading to a delay in the results. They are now expected to be completed by Wednesday.

The agreement to move forward, the NEC said, was negotiated with assistance from election observer John Dramani Mahama, the former president of Ghana, and his counterparts from the African Union and the Economic Community of West African States (ECOWAS).

“The NEC’s election results process is ongoing and both political parties agree not to undermine or disrupt the results process and to allow it to expeditiously move to its conclusion,” the elections authority said.

Both the Sierra Leone Peoples Party (SLPP) candidate Julius Maada Bio and All People’s Congress (APC) candidate Samura Kamara have claimed victory in the runoff, which saw much lower turnout than the March 7 contest that ended with Maada Bio at 43.3 percent, holding a slight lead over Kamara with 42.7 percent. Neither candidate received the necessary 55 percent of the vote, forcing the runoff.