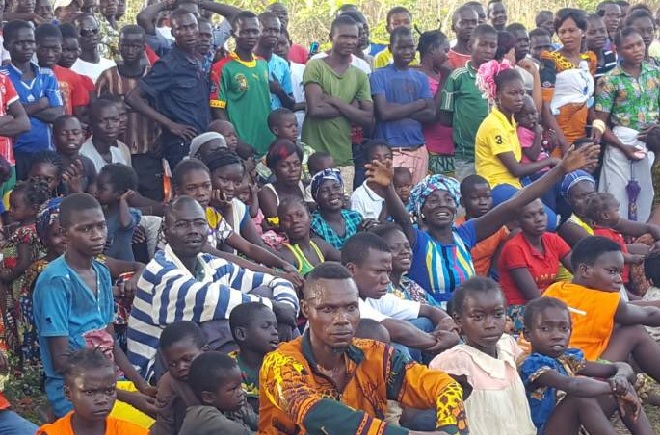 A United Nations (UN) peacekeeper from Mauritania was killed and 11 others were injured Tuesday when anti-Balaka fighters attacked a temporary base in Tagbara established by MINUSCA, the UN mission in the Central African Republic.

At least 22 of the anti-Balaka fighters also were killed in the hours-long attack in the village, located about 60 kilometers from Bambari in the central part of the nation.

“In response to the attack, MINUSCA deployed reinforcements in Tagbara and evacuated the body of the fallen soldier and the wounded peacekeepers to Bangui and Bria,” said MINUSCA in a statement.

Later that morning, MINUSCA discovered the bodies of 21 civilians – 4 children, 4 women and 13 men – who died near a church in Tagbara in what was likely a machete attack. Another attack on a church in nearby Séko, one of many in the region’s villages, reportedly left dozens dead in late March including a priest who sheltered people in his church.

“Nothing could justify such acts, which may constitute war crimes,” MINUSCA said of the Tagbara church deaths. “An investigation will be conducted to leave no room for impunity.”

Tagbara has seen recent clashes between Union for Peace in Central Africa (UPC) fighters, a group of primarily former Séléka rebels, and anti-Balaka fighters. On Sunday night, MINUSCA said, it freed 23  people – 3 children, 13 women, and 7 men – held by the UPC.

Elsewhere, 15 Central Africans near Obo were released Saturday by a Moroccan UN peacekeeping contingent after they were taken hostage by Ugandan rebels with the Lord’s Resistance Army.

By late February, at least 545,000 refugees and 688,000 internally displaced persons in CAR had fled their communities and sought humanitarian aid because of renewed fighting rooted in conflict that began in 2013.

The MINUSCA peacekeepers, along with CAR humanitarian aid workers, are frequent targets of armed groups and serve in one of the world’s most dangerous missions. A UN report released in January found CAR, along with Mali and the Democratic Republic of Congo, to be the deadliest conflict zones in which UN peacekeeping forces are deployed.