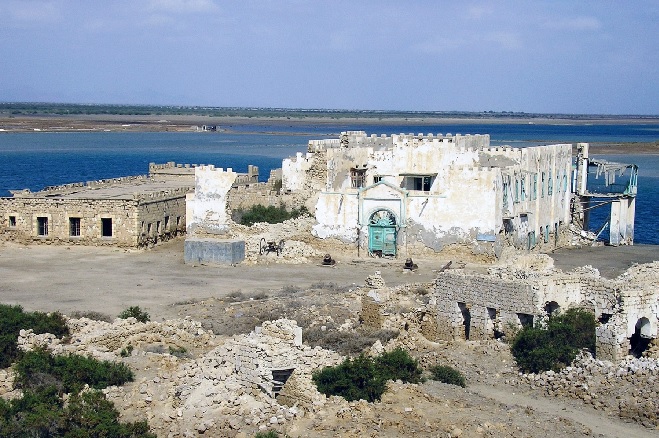 Qatar’s ambassador to Sudan said Tuesday that work to restore the port at Suakin Island will begin this month, following the USD$4 billion deal between the two countries to develop the Red Sea site.

Rashid Abdul Rahman Al-Nuaimi said the work will begin in the first of three stages, the Sudanese Media Center reported. Following that initial $500 million stage, more Qatari officials are expected to visit Sudan to discuss investment opportunities. The port will serve as a gateway to the African continent and global markets, he said, with benefits for both countries and a boost in their bilateral trade.

Qatar’s financing deal followed regional controversy over the former Ottoman-era seaport, which had fallen into disrepair and neglect but returned to the spotlight in December when President Recep Tayyip Erdoğan of Turkey visited the island. As early as 2008, the Turkish International Cooperation and Development Agency had expressed interest in restoring the historic site, according to World Monuments Fund.

In Khartoum, Erdoğan signed a separate USD$650 million deal with Sudanese President Omar al-Bashir to develop the site, a strategic location in Sudan’s northeast and along the otherwise landlocked nation’s only coastline. Erdoğan praised Suakin’s heritage and its economic potential for tourism, but he also plans to build a naval dock on the key maritime route and has negotiated new military cooperation agreements with al-Bashir.

The Sudan-Turkey arrangement caused fallout among Egyptian lawmakers, and renewed suspicions that Qatar was behind Ankara’s move. Qatar’s Suakin announcement reinforced that view, while Turkey has in recent years increased efforts to broaden its influence on the African continent as well.