Home>LEADERS & COMPANIES>China dismisses Amnesty report on Mozambique mining damage
By AT editor - 5 April 2018 at 8:20 am 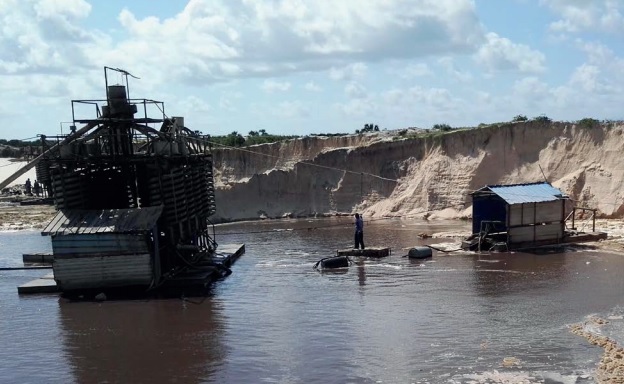 China’s Ministry of Foreign Affairs on Wednesday disputed the charge that a Chinese mining company operating in Mozambique has violated environmental laws and harmed the lives of villagers in Nagonha, a coastal town east of Nampula City near the Haiyu corporation’s operations.

“I want to point out that this organization in question here is always biased against China, with its regular utterance of irresponsible remarks targeting China,” said MFA spokesman Geng Shuang of the Amnesty NGO. “Its report has not the slightest credibility to speak of.”

The 81-page report released last week details Haiyu’s heavy sand mining operations, which have drawn ilmenite, titanium and zircon from the coastal dunes since 2011. Amnesty charges that Haiyu altered the coastal landscape so severely that it is responsible for flood damage in 2015 that destroyed 48 homes and damaged another 173 huts. The report was based on interviews conducted in 2015 through 2017.

Haiyu began mining about 3 kilometers north of the village and continued south toward it, bulldozing sand dunes, clearing vegetation and dumping mining waste over the wetland. The company buried two major lagoons and the waterways that connected them to the sea, Amnesty researchers said.

“This is a classic case that highlights the struggles that poor communities face when big corporates ride rough shod over their rights and governments fail in their duty to protect the most vulnerable,” said Deprose Muchena, Amnesty International’s Regional Director for Southern Africa.

China, however, disputes their facts. “The Chinese government always asks its enterprises overseas to strictly follow local laws and regulations, feed back to the local society, and work for win-win outcomes,” Geng said.

The Amnesty report is available at this link.