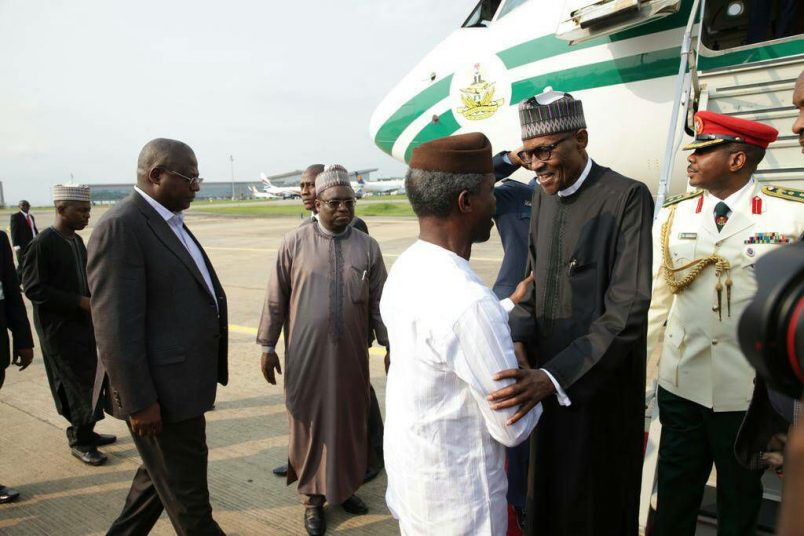 Nigerian President Muhammadu Buhari announced plans Monday to run for a second presidential term in the 2019 elections, a much-anticipated decision amid concerns over the 75-year-old Buhari’s health and fitness for office.

Buhari made the decision public ahead of his departure for the UK on Monday, where he plans to meet with British Prime Minister Theresa May before participating in the Commonwealth Heads of Government Meetings from April 18 through 20.

Buhari also will meet with Ben van Beurden, the CEO of Royal Dutch Shell, to discuss plans for the company and its partners to invest USD$15 billion in Nigeria’s oil industry.

“These investment ventures will lay the foundation for the next 20 years production and domestic gas supply, bringing with it all the attendant benefits both to the economy and the wider society,” said Garba Shehu, a media assistant to Buhari, in a statement Sunday.

“Further meetings have also been scheduled for the President to see some prominent British and Nigerians residing in Britain,” Shehu added.

While in London, Buhari will connect with Archbishop of Canterbury Justin Welby, who has developed a relationship with the Nigerian president and shared goals in promoting religious harmony.

Welby was among Buhari’s most prominent guests during an extended stay at Abuja House London in 2017 when the president was seeking medical treatment. He resumed his duties on August 21 after returning from a UK visit that began May 7, 2017. The months-long visit followed an earlier stay in the UK from January through March, which fueled concerns over Buhari’s health status.

Those concerns resurfaced as Buhari and his All Progressives Congress (APC) party considered a second-term run in February 2019. Some Nigerian observers are watching the London trip for signs of medical evaluations and any clean bill of health Buhari may need.