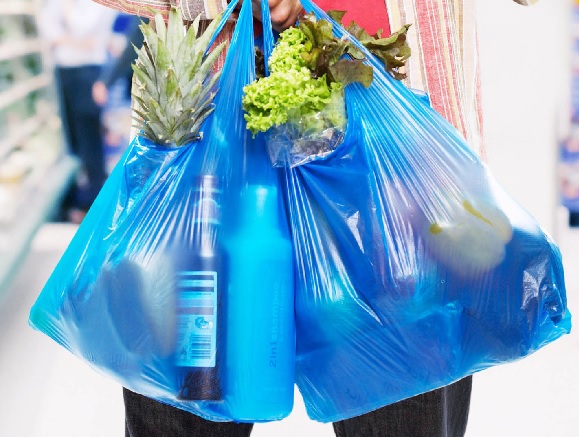 Authorities in Kenya say two people were arrested after they were discovered trying to bring 432,000 plastic bags into the country, in violation of one of the world’s toughest bans on the plastic.

The Ugandan men were taking the bags, worth about USD$6,000, from Kampala to the town of Nakuru, Kenya’s Citizen TV said. They were caught at the border town of Busia, taken to the police station and are expected to appear in court Thursday.

The plastic-bag arrests are the latest since Kenya banned the bags nationwide in August 2017, a move that President Uhuru Kenyatta highlighted as one of the East African nation’s progressive steps toward a sustainable future.

It is illegal to use, import or manufacture the bags in Kenya, and as of March the National Environment Management Agency (NEMA) has issued just 1,600 permits to use them. Many of those exemptions went to manufacturing firms who need bags as packaging but not for carry-use. It is also OK for Kenyans to use plastic sheeting common in greenhouses, kitchen-size wrap and some tape.

For those in violation, there’s the potential of up to four years in jail and a fine of $19,000 to $38,000 – and there have been plenty of arrests. NEMA officers raid businesses and factories in places like Mlolongo, where a February raid led to the manager’s detention after thousands of bags were found at a recycling facility, or go undercover to arrest dozens of people as they have in Mombasa or Kisii.

Some Kenyans have complained that searches during plastic-bag raids violate privacy, or that NEMA teams unfairly target certain businesses or individuals for plastic seizures.