Home>News>Togo opposition says protests to remove Gnassingbé will go on
By AT editor - 12 April 2018 at 5:48 am 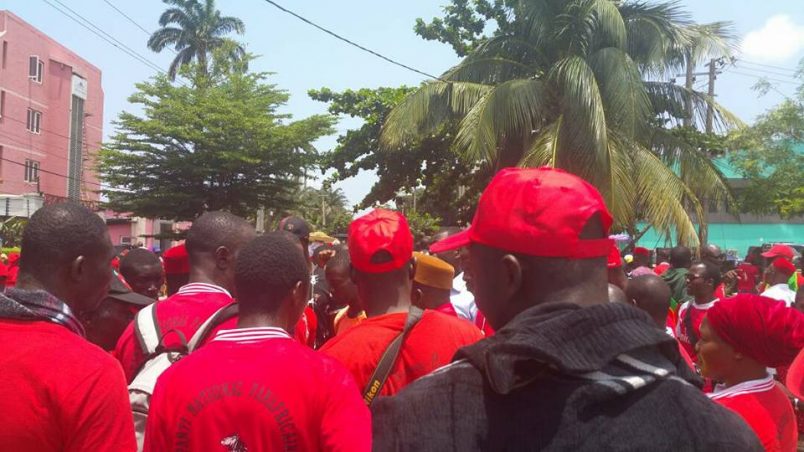 In Togo, political opposition leaders say general-strike marches in the streets of Lomé will continue Thursday, despite clashes, arrests, reports of two dozen injuries and a show of force from security personnel on Wednesday.

It will be the second of three protests this week organized by the Coalition of 14, which includes Tikpi Atchadam and his Parti National Panafricain (PNP), Citizens’ Movement for Democracy and Development (MCD), and others engaged in a renewed effort to demand the end of President Faure Gnassingbé’s leadership.

They want established term limits enforced by constitution, a government that ensures human rights and other democratic reforms. The opposition rejects attempts to form a national unity government without assurances of an end to Gnassingbé. He has led the Togolese since 2005 and followed in the footsteps of his father, who ruled from 1967 until his death.

Another March is scheduled for Saturday.

The ruling Union for the Republic (UNIR) party has engaged in political dialogues initiated since thousands of people in the West African nation began public protests last year, some of which became violent and led to fatalities. Yet the coalition insists on fair elections and hasn’t compromised on its call for applying term limits that would ensure a transition without Gnassingbé.

President Nana Akufo Addo of Ghana has served as a mediator and other leaders of the regional Economic Community of West African States (ECOWAS), currently led by Gnassingbé himelf, have expressed concern. The African Union, France and the United States also have appealed for peaceful reform.