Home>News>Chibok girls remembered as Buhari vows to never give up on their return
By AT editor - 14 April 2018 at 6:24 am 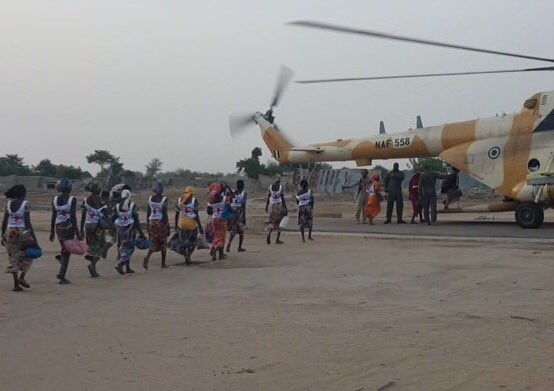 As Nigeria marks the fourth anniversary of the Chibok school abduction in Borno State, President Muhammadu Buhari promised the parents of girls still held by Boko Haram that “their daughters will never be forgotten or abandoned to their fate.”

The president’s statement came as the #BringBackOurGirls campaign held a candlelight vigil in Lagos and led a march to the United Nations building. The commemoration events continue Saturday with an annual lecture in Abuja, with an emphasis on creating a just society for women and girls in Nigeria.

Of the 276 girls originally captured in 2014, more than 100 remain held. The others either escaped or were part of negotiated releases, the largest occurring last May. Plans to release the remaining girls in what became an international concern are delayed, Buhari said, because of internal disagreements within Boko Haram. Those differences over any Chibok deal have led to complications.

“We are concerned and aware that it is taking long to bring the rest of our daughters back home, but be assured that this administration is doing its very best to free the girls from their captors,” said Buhari in a statement issued by his official spokesman, Garba Shehu.

Buhari is a frequent target of criticism when it comes to Boko Haram attacks; they include the Dapchi incident in February, in which more than 100 girls remained missing after a similar abduction followed by a swiftly negotiated release of nearly all of them. His government often is accused of overstating their success in fighting Islamic extremists.

“However, this government is not relenting,” Buhari said. “We’ll continue to persist, and the parents should please not give up.”