Home>News>Deputy UNSG Mohammed calls for action on conflict-related sexual violence
By AT editor - 17 April 2018 at 1:24 am 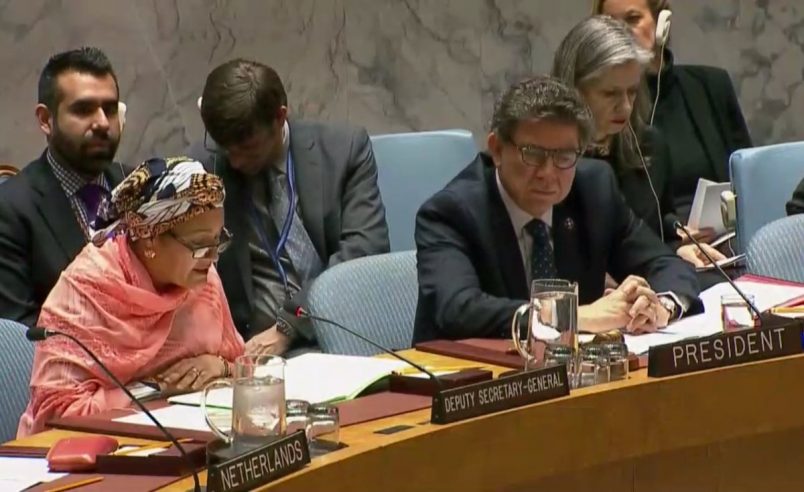 Nigeria’s Amina Mohammed, currently serving as the United Nations Deputy Secretary-General to António Guterres, urged the international community to bring justice and remedy to the survivors of sexual violence in conflict zones including those in Nigeria and the Democratic Republic of the Congo.

“The widespread threat and use of sexual violence has, once again, been used as a tactic to advance military, economic and ideological objectives,” she said. “And once again, it has been a driver of massive forced displacement.”

That’s especially true for women of lower health, wealth or educational status, because it creates greater vulnerability and exposure to harm. Survivors are forced to live with untreated physical and psychological trauma, social stigma and unwanted pregnancies, Mohammed said, while sexual violence serves as a deliberate tactic to undermine the broader social cohesion.

“Security Council resolution 2106 (2013) calls on all actors — the Security Council, parties to armed conflict, Member States and United Nations entities — to do more to combat impunity for these crimes,” she concluded. “Let us intensify our efforts to end the horrific litany of sexual violence in conflict so that women, girls, men and boys have one less burden to bear as they work to rebuild shattered lives.”

For more details on the Security Council meeting, see this link.