Home>Health>Research in Kenya leads to promising HIV prevention tool
By AT editor - 17 April 2018 at 11:40 pm 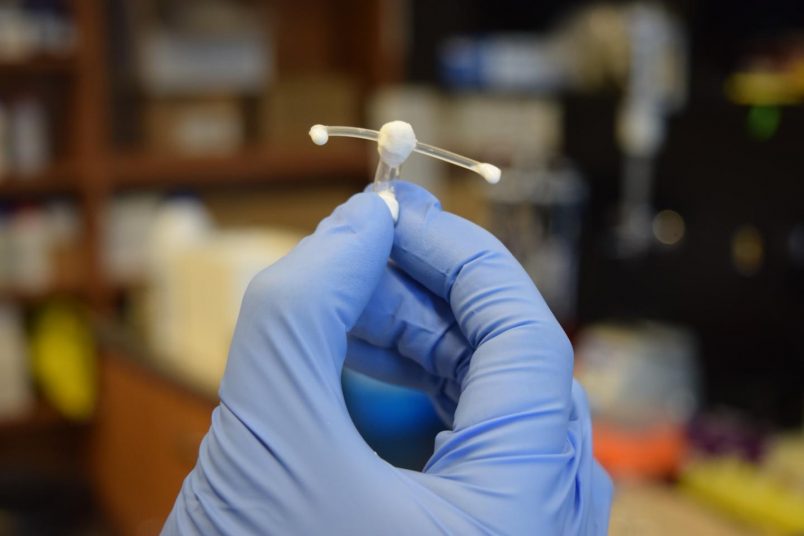 Scientists with a new tool for preventing HIV infection say they developed the idea after studying the health of sex workers in Kenya – and what they learned may benefit other women.

Canadian scientists Emmanuel Ho of the University of Waterloo and Keith Fowke of the University of Manitoba noticed that some of the Kenyan women did not contract the virus even though they had vaginal sex with HIV positive people. They found that these women had naturally “quiet” T cells that weren’t awakened by the virus, which meant that it was not transmitted between the sex partners because of the phenomenon called immune quiescence.

“Observing this, we asked ourselves if it was possible to pharmacologically induce immune quiescence with medication that was better assured of reaching the point of infection,” Ho said. “By delivering the medication exactly where it’s needed, we hoped to increase the chances of inducing immune quiescence.”

So they developed a vaginal implant device to help mimic the natural immunity conditions experienced by the women whose own bodies kept the T cells at rest. The implant is composed of a hollow tube and two soft arms to hold it in place. It contains hydroxychloroquine (HCQ), which is released slowly through the porous tube surface and absorbed by the vaginal wall tissue.

The implants were tested in an animal model and the team observed a significant reduction in T cell activation, the researchers said. Unlike conventional methods of HIV prevention, such as condoms or anti-HIV drugs, the implant takes advantage of some people’s natural immunity to the virus.

Ho and his team say they don’t know yet if the device can work alone, or with other prevention methods.

The research is published in the May 2018 issue of the Journal of Controlled Release.