Home>News>Rights group warns of violence over Burundi term limits vote
By AT editor - 17 April 2018 at 9:42 pm 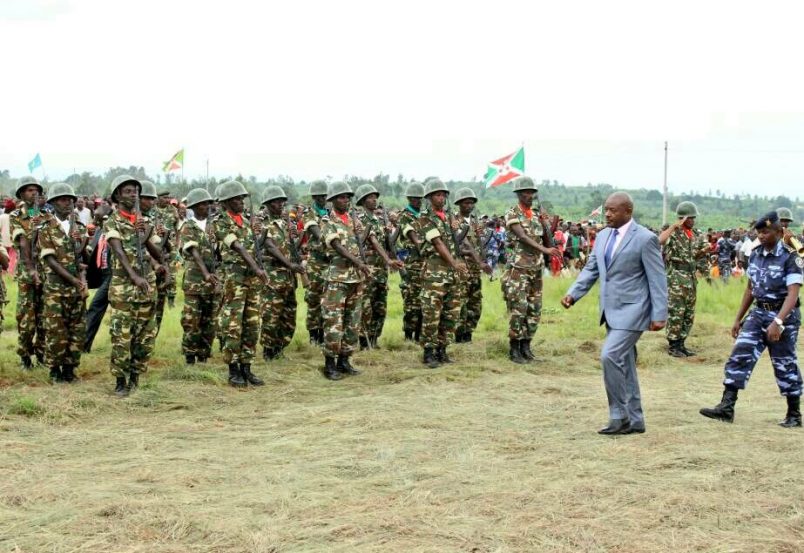 In December 2017, President Pierre Nkurunziza of Burundi traveled to the town of Bugendana to launch his campaign for a national referendum that would change the small African nation’s constitution. It would allow for multiple seven-year terms in office – terms that he would be eligible to serve through 2034 if the changes go into effect.

Since then, his supporters have used fear and repression against the political opposition to advance Nkurunziza’s cause ahead of the May 17 referendum vote. That’s according to a new report released Tuesday by the international Human Rights Watch organization.

The NGO said Burundi government forces and ruling party members have killed, beaten, and intimidated those opposed to the referendum – or suspected to be – on a number of occasions.

The Imbonerakure, a primarily youth wing of Nkurunziza’s CNDD-FDD party, has long been accused of political violence against the political opposition, journalists, NGOs and others who have spoken out against the government.

The new research conclusions were based on interviews conducted in February and March 2018, including more than 30 victims, witnesses and others in seven of Burundi’s 18 provinces.

“There is little doubt that the upcoming referendum will be accompanied by more abuses,” said Ida Sawyer, Central Africa director at Human Rights Watch. “Burundian officials and the Imbonerakure are carrying out violence with near-total impunity to allow Nkurunziza to entrench his hold on power.”

Burundi plunged into violence in 2015, when Nkurunziza announced he was running for a third term in violation of the country’s existing constitutional limits. He has repeatedly rebuffed calls from the international community to investigate alleged human rights violations; most recently, the CNDD-FDD issued a communique last month accusing the United Nations High Commissioner for Human Rights and others of playing “a political game” meant to foment violence and division in Burundi.