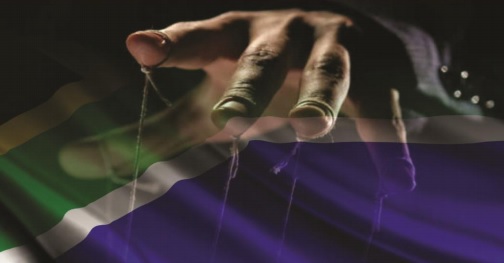 In South Africa, the property and assets of the Gupta family were seized Monday in a raid on their Saxonwold compound in Johannesburg, in connection with an ongoing corruption investigation into a dairy project – one of many such cases implicating the influential Guptas, who are tied to former president Jacob Zuma and other South African officials and corporations by their business dealings.

This latest raid came after the National Prosecuting Authority (NPA)’s Asset Forfeiture Unit received a restraining order for some USD$20.8 million in assets that the authorities, initially blocked by a Gupta family attorney, began to remove and place under a curatorship. They include a helicopter, at least eight vehicles including a Lamborghini, and bank accounts belonging to Gupta family members who have since fled the country, including Ajay Gupta who was found in recent weeks but remained free in Dubai.

“The said order is a result of ongoing criminal investigations by the Hawks,” the NPA statement said, referring to South Africa’s elite police agency responsible for criminal investigation into corruption, money laundering and related crimes. The assets of at least six investment firms and other businesses entities were named by Luvuyo Mfaku, a spokesman for NPA, as part of the Gupta-related seizures.

The 2016 “State of Capture” report issued by Public Protector Busisiwe Mkhwebane detailed links between the Guptas and state-owned entities such as South Africa’s Eskom utility provider. Other companies, such as McKinsey and KPMG, found themselves entangled in relationships under South African scrutiny; the investigation into the Guptas also uncovered the dairy farm case.