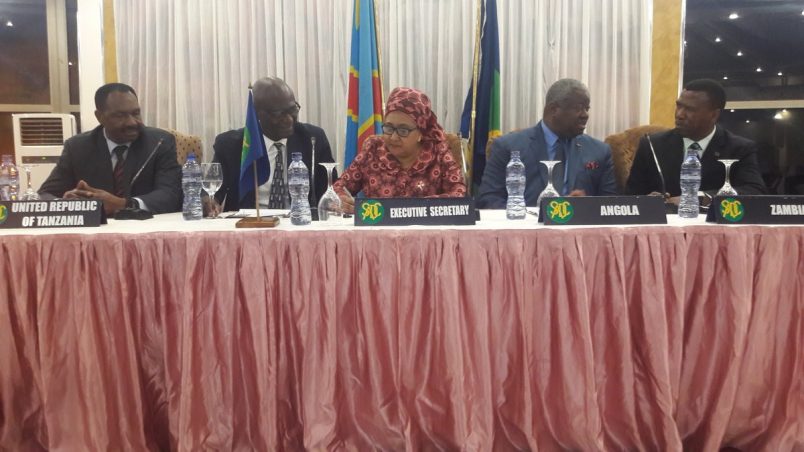 The Southern African Development Community (SADC) has opened an office in Democratic Republic of Congo it says will establish a greater presence for the regional body amid Kinshasa’s national political crisis.

The SADC office “provides an avenue for closer collaboration with stakeholders in the DRC, in the continued efforts by SADC to support the DRC to attain sustainable peace, security, political stability and thus, socioeconomic development,” the organization said of its new Gombe-district location.

SADC Executive Secretary Stergomena Lawrence Tax was on hand to dedicate the office. She said the site will make it easier to support dialogue among the DR Congo’s National Independent Electoral Commission (CENI), the nation’s political and civil society stakeholders, and others ahead of the planned December 23 elections.

The SADC has said it will work with the African Union and other international partners to support free and fair elections delayed by President Joseph Kabila’s refusal to step down after his constitutionally mandated terms expired in 2016. Yet some international observers, such as Ida Sawyer of Human Rights Watch, say the SADC has worked to keep Kabila in power for years and needs to make the change.

The Kinshasa office opening comes as SADC leaders meet in Angola to discuss regional security concerns. The Amnesty International NGO also has appealed to the SADC to act on what it views as one of the last remaining relationships with international partners that Kabila still respects.

“SADC should not squander the opportunity to give new hope to the people of DRC, who are facing a catastrophic humanitarian crisis and gross human rights violations,” said Joan Nyanyuki, Amnesty International’s Director for East Africa, the Horn and the Great Lakes.”