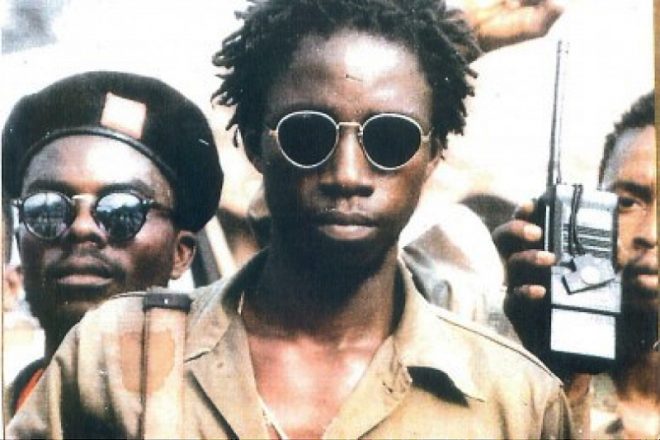 Mohammed Jabbateh, a Liberian living in the United States, has been sentenced to 30 years in prison after a guilty verdict in October on charges of immigration fraud and perjury.

The U.S. Department of Justice (DOJ) identified Jabbateh as a brutal warlord during the 1992-1995 years of Liberia’s first civil war. He is accused of acts including murder, rape, and the use of child soldiers, in a case that is one of just a few in the world in which Liberians have been held accountable for war-related crimes.

“This defendant committed acts of such violence and depravity that they are almost beyond belief,” said U.S. Attorney William M. McSwain. “This man is responsible for atrocities that will ripple for generations in Liberia. He thought he could hide here but thanks to the determination and creativity of our prosecutors and investigators, he couldn’t. This prosecution was our only option under the law and his sentence achieves at least some measure of justice for his victims.”

Jabbateh applied for asylum in the U.S. in December 1998, and later for permanent legal residency. At Jabbateh’s trial, the jury heard testimony from at least 17 Liberian victims who detailed shocking crimes including the cooking and eating of the hearts of those he had killed.

“Let today’s sentencing serve as an example of Homeland Security Investigations (HSI) commitment to bring to justice individuals such as Mr. Jabbateh,” said Marlon Miller, special agent in charge of HSI’s Philadelphia office. “Human rights violators will not evade justice and will be held accountable for their crimes committed abroad, nor will they find refuge here in the United States.”

Jabbateh is one of three people in the Philadelphia area arrested in connection with Liberian war crimes. Isaac Kannah was arrested in 2017 and is awaiting trial on perjury and obstruction charges. They arise from testimony he gave during a previous U.S. deportation hearing for former warlord George Boley, who later became the first person removed from the country for child conscription violations.

The third case involves the 2014 arrest of Jucontee Thomas Woewiyu, who also is awaiting trial on perjury and other immigration law violations.