Home>African Future>Seeing African agriculture from the other side of the world
By AT editor - 22 April 2018 at 11:15 pm 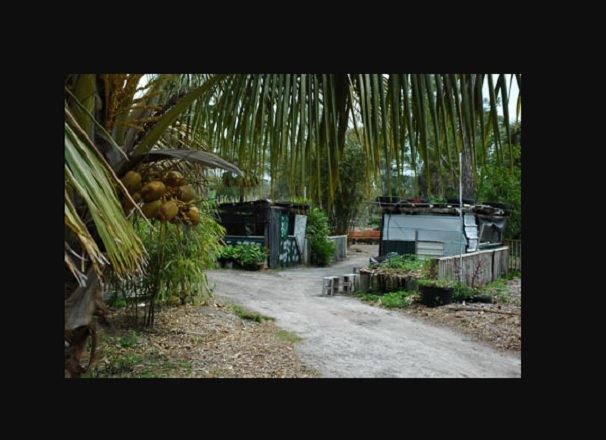 If you ask most tourists what defines Southwest Florida, a top United States vacation destination, they’ll likely point to the seashells of Sanibel Island or the tony Naples community. They come for the beaches and the golf courses, they stay for the winter or, for thousands of them, they come to live permanently.

Yet just a few miles inland and a few minutes north of the Caloosahatchee River, it’s the other side of the world. There you’ll find the international headquarters of ECHO Global Farm tucked away on a 50-acre property meant to recreate the climate challenges and agriculture of some of the most vulnerable places on earth. It’s a research center for solutions for smallholder farmers in Africa and beyond, a seed bank for biodiverse, climate-resistant crops – and eye-opening for guests.

ECHO has two impact centers on the continent, one in Burkina Faso and one in Tanzania, but most U.S. residents or Florida’s international tourists will never see them. What they will see at the demonstration farm in North Fort Myers is the work done there with local partners and people like Elena Brooks, an ECHO intern who had just returned from Arusha when she was tapped to give a tour of the property.

Brooks, a Florida native with previous development experience in Kenya, explains to visitors what it’s like to farm thousands of miles away and how ECHO seeks to promote best practices to boost yields, improve soil conditions, and defeat drought and deforestation. In Tanzania, for example, the steep slopes of the country’s mountains often make cultivation difficult and create soil erosion problems. Mount Meru, near the Kenyan border, blocks rainfall on the “shadow” side, which results in the semi-arid conditions in which Brooks is learning to specialize, and drives the need for careful crop selection and water resource management.

Terraced plots built into the side of a demonstration hillside show how the farming techniques better protect soil and maximize the potential of arable land, while three-sided mounds prevent downhill water runoff. Similar strategies, both accessible and sustainable, are available for more pastoralist communities or smallholders. At the Florida demonstration farm, even a few of the goats, pigs and other small animals are named for Tanzania’s famous peaks.

Next month – on the other side of the continent – ECHO West Africa plans a Forum on Sustainable Agriculture in Ouagadougou. Local-partner presenters and conference participants in this fifth Francophone session will focus on alternative farming practices in the face of African climate change, including simple methods to improve tired soils and ways to prevent pests using natural methods.

It’s typical of what ECHO teaches (and learns!) at the Burkina Faso facility, and it’s what people see mirrored on the garden paths of the Florida farm too. The benefits of the moringa tree to be showcased in Ouagadougou, for example, also are explained to people in the developed world accustomed to more industrial farming. What’s interesting about moringa goes beyond its capacity to prevent erosion or provide nutrients; it also helps to purify water much like alum does when the tree seeds are crushed and used as a filter.

That kind of information isn’t just shared from Burkina Faso to Togo, or from Tanzania to South Africa. Nor is it a novelty for curious tourists. ECHO makes available online an entire library of agricultural information, collected across more than three decades of the faith-based organization’s existence. In 2017, on average, the group says that there were 167 countries each month benefiting from ECHO resources. Nearly 12,000 people connected online to share information across borders, and slightly more development partners and farmers received seeds from the ECHO seed bank. The platform is available in 10 languages, including French and Kiswahili, and designed to introduce underutilized crops in regions with heavy reliance on maize or other single-source diets. It’s also meant to be used in tandem with technique – system of rice intensification (SRI), for example – to improve yields.

Erwin Kinsey, the director for the ECHO East Africa Impact Center, has lived in Tanzania for decades and understands the pressures that climate change, population and other factors place on Africa’s future – particularly in urban environments. Growing food for ever-growing cities presents both a challenge and opportunity for the continent, and ECHO works with local governments and NGO partners to find solutions. At the Florida headquarters, where all kinds of different ecosystems are replicated, there’s a demonstration garden for the rooftops and courtyards found in land-constrained urban environments.

ECHO avoids practices that make no sense in a local context, and part of the research centers on adaptive technologies in places where expensive equipment and inputs are barriers at best, or don’t translate and completely ineffective at worst. The same philosophy is at work in Burkina Faso, where Kouha-born Robert Sanou is director; in ECHO’s other facility in Thailand, and in its Caribbean and Latin American programs: It was born in Haiti, which once gave ECHO the “H” in its name and mission.

That’s long since broadened, but ECHO remains true to a Christian practice that’s rooted in a care for the planet that’s inseparable from caring for people. In Africa, that means impact on agricultural practice. In Florida, it means showing guests a world they may never see but need to care about as if it were their own.