Home>News>Yamamoto heads to Djibouti after rare Eritrea visit
By AT editor - 23 April 2018 at 5:41 pm 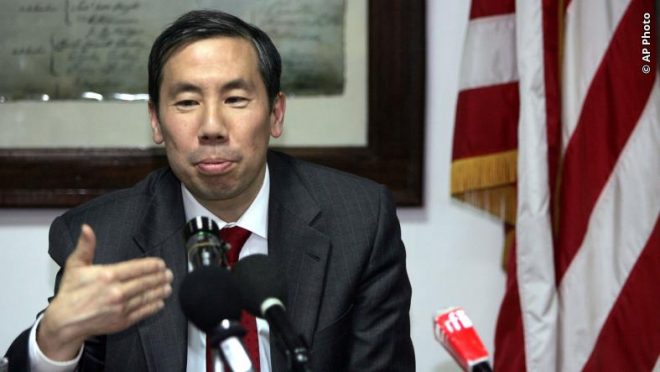 In Asmara, Yamamoto is meeting with U.S. embassy staff as well as the wider diplomatic community, and visiting with Eritrean government officials. A U.S. congressional commission on human rights held a hearing last week on Eritrea, calling new attention to the country, which remains under sanctions in place since December 2009 when Eritrea was accused of support for al-Shabaab in Somalia.

Eritrea’s Ministry of Information denies the latter charge, as well as a 2017 report of the United Nations Security Council on documented arms exchanges with North Korea that led to additional U.S. sanctions decried by Eritrea as misguided and doomed to fail.

In January, President Isaias Afwerki – during a rare television interview – stressed the importance of regional stability and Eritrea’s commitment to neighbors including Somalia, but condemned interference by Ethiopia and international actors including the United States.

Yamamoto’s visit also takes him to the U.S.-Djibouti Binational Forum on Tuesday and Wednesday, at a time of heightened U.S. concern over the geopolitically strategic Horn of Africa nation. U.S. lawmakers have been focused on the potential economic and security threats from the growing Chinese presence since Beijing opened a military base there in 2017. Also in the regional mix are Turkey and Qatar, which have promised investment in Sudan’s Red Sea coastal port of Suakin Island.