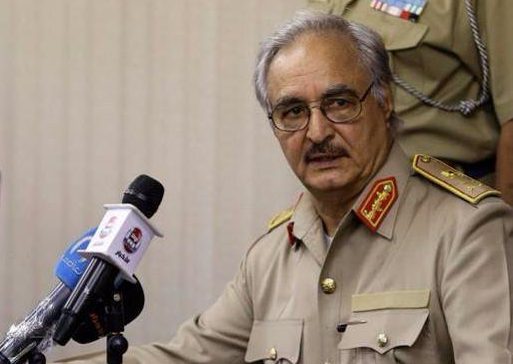 Libya’s Khalifa Haftar is expected to return Thursday to Benghazi, where he will address the nation following weeks of speculation about his health and the future of his Libyan National Army (LNA).

Libyan media outlets, citing spokesman and military leader Saqr al-Jaroushi, said Haftar will travel home from Cairo for an official reception. He has been in Egypt following treatment in Paris for a medical condition that remains unclear, but has been previously reported as a stroke.

The LNA spokesman did not provide details on how long Haftar had been in Cairo, but said he was traveling with at least six senior LNA officers who will return with him. Haftar has been intentionally silent in recent weeks, he said.

Amid much speculation over the severity of Haftar’s condition, French Foreign Minister Jean-Yves Le Drian said last week that the condition of the 75-year-old LNA commander in Libya’s east had improved. Le Drian made his remarks to the Foreign Affairs Committee of France’s National Assembly while confirming that Haftar remained hospitalized near Paris, Radio France International reported.

LNA spokesman Ahmed al-Mismari initially denied reports that Haftar, a potential candidate in Libyan elections planned for later this year, was ill. He claimed Haftar was in “excellent health” and attending to normal duties, but later admitted that Haftar was indeed receiving care in Paris and would return to Libya in a few days.

The United Nations Support Mission in Libya (UNSMIL) has said it remained in contact with Haftar, who spoke with Ghassan Salame, head of the UNSMIL mission, on political developments while he was in Paris.