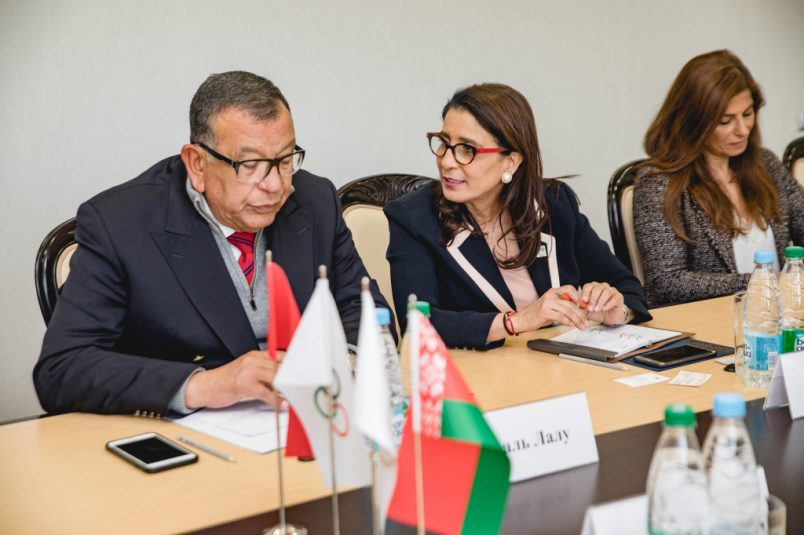 Morocco’s Nawal El Moutawakel, head of the country’s National Olympic Committee (NOC), and her delegation visited Belarus to discuss their FIFA World Cup 2026 bid with their counterparts in Minsk.

“We are glad to welcome such designated representatives of the Moroccan Olympic Movement,” said George Katulin, the NOC Secretary General for Belarus. “You are one of the first NOCs from Africa to have ever visited our country, and we are delighted to discuss all aspects of cooperation.”

Belarus, which will host the EuroGames 2019 in Minsk, hosted the Moroccans in support of a World Cup bid that’s hit a few roadblocks in recent days. The North African bid is competing with just one other – a joint North American submission from the United States, Canada and Mexico – and has come up short on its infrastructure plans during official FIFA inspections in recent weeks.

An Associated Press story also raised questions about Morocco’s anti-LGBT laws and its human rights statement in the bid package released publicly last month, which was silent on LGBTQ issues.

It’s all led to concerns that Morocco will be eliminated from contention on the basis of low scores rather than a full vote in Russia in June, as this year’s World Cup matches begin. Some officials, including senior FIFA official Reinhard Grindel of Germany, insist a vote is necessary because there are only two bids.

The Belarus meeting came as the BBC reported an ethics committee complaint made against FIFA Secretary General Fatma Samoura of Senegal that’s tied to the World Cup bidding process. It follows separate accusations from Morocco that FIFA President Gianni Infantino is blocking their bid success.