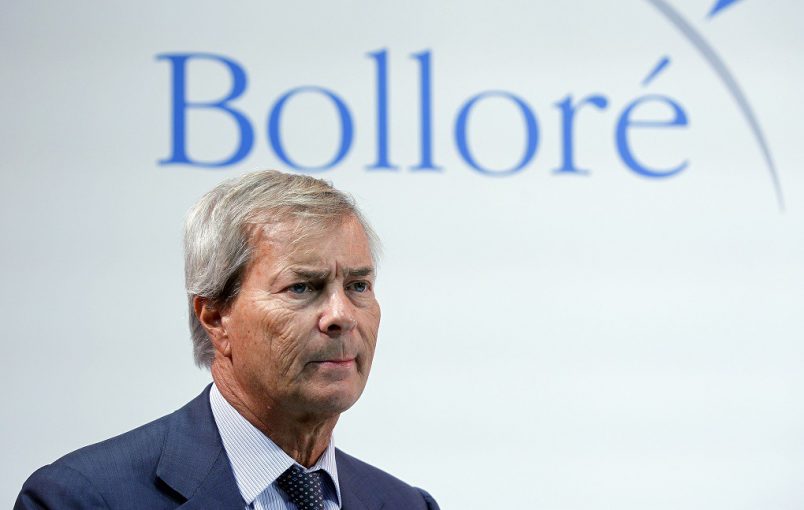 Wealthy French businessman Vincent Bolloré, facing charges in a corruption case involving the African countries of Guinea and Togo, publicly denied the allegations in an op-ed piece published Sunday in Le Journal du Dimanche and blamed a condescending attitude toward Africans and stereotypes about African corruption in the case.

The head of Bolloré Group is under investigation for allegedly discounting campaign communications services for President Alpha Condé of Guinea and President Faure Gnassingbé of Togo, in exchange for port deals in both countries. Those services were provided through Havas Group, a former subsidiary of Bolloré, which also has extensive shipping and port logistics operations on the African continent.

The Bolloré Group countered those claims in a statement last week that said its successful bid for the Togo operations dated to 2001, and its operations in Guinea became official in 2011 – before that year’s presidential election and only after the first-line bidder was unable to complete its deal.

“For more than 50 years, Havas has brought its expertise in communications to political campaigns around the world in full compliance with the law and regulation and transparency standards,” the company said. “The transport and logistics division of Bolloré Group has been investing in Africa and in port concessions long before Bolloré Group took control of Havas. Success in port concession bidding requires huge investment and a high level of expertise.”

Bolloré’s op-ed echoed the latter corporate statement, suggesting it was not logical to “imagine that communication expenses of a few hundred thousand euros accounted in full transparency” could explain the awarding of the Conakry and Lomé port contracts in all their complexity.

Bolloré Group and Havas have said they are cooperating fully with the investigation.