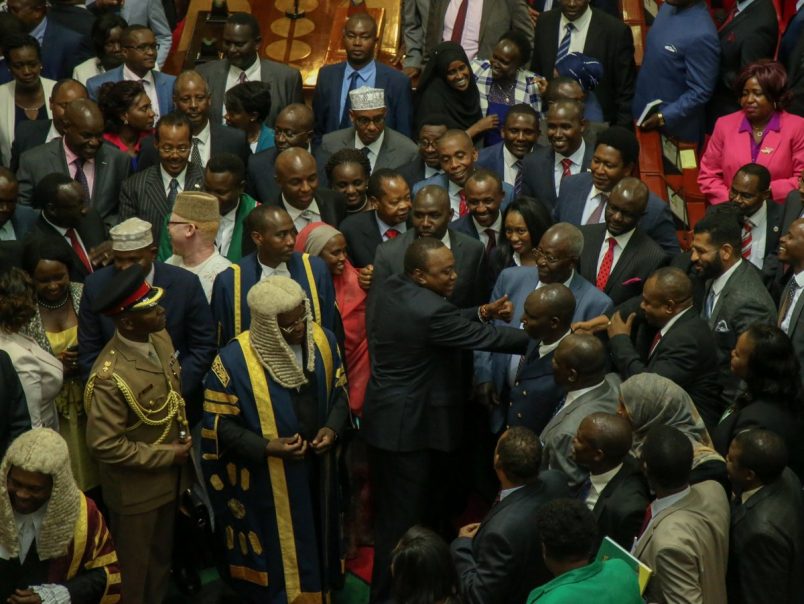 President Uhuru Kenyatta of Kenya delivered his State of the Nation address Wednesday with an emphasis on unity amid the lingering consequences of last year’s bitterly contested presidential election.

To that end, he praised unsuccessful Nasa candidate Raila Odinga for seeking to heal their divisions and called on Kenyans to move forward with the country’s development plans.

“We cannot afford another fifty years of farmers struggling to make a living, of families without proper sanitation, or of families bankrupted by healthcare costs,” said Kenyatta. “We need change now, in this generation, so that our children grow to adulthood in a totally different Kenya.”

That means leaving a political identity based on ethnic divisions behind, he said, and changing the country’s approach to politics.

Kenyatta detailed the country’s progress on devolution to local-level control, which is mandated by the constitution, but cautioned that all citizens must be vigilant in the fight against corruption.

“Leaders at every level of government must demonstrate a desire and commitment to serve; and in particular we must maintain highest degree of integrity,” he said. “Those days when you could enjoy public goods without fear that action may not be taken against you, are gone.”

The president also showcased Kenya’s 4.9 percent GDP growth in 2017, while focusing on the continued need for investment in transportation, energy and health care.