Home>African Future>Gambian activists block building plans in endangered monkey habitat
By AT editor - 6 May 2018 at 5:13 am 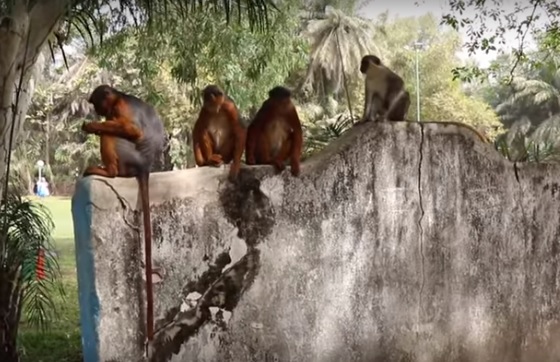 Environmental activists in The Gambia say they’re winning their battle to protect a coastal wildlife preserve that is home to the endangered Temminck’s red colobus monkey and other species.

Green Up Gambia says the plans promoted by President Adama Barrow and his government to build a luxury hotel, mall and conference complex would destroy the Bijilo Forest Park & Nature Trail, also known as Monkey Park.

The site was planned to host the Organization of Islamic Cooperation summit in 2019, but the land has been in a protected status for years. Those protections would be revoked in order to move forward with the USD$50 million development plans along the small West African nation’s Atlantic Ocean coast.

Lamin Dibba, the country’s environmental minister, said the decision to bulldoze the 126-acre park was being reconsidered ahead of activist plans for a Saturday protest. That protest remained peaceful although security forces made an initial attempt to disperse the crowd before stepping back to permit the action.

Green Up Gambia says they’ve opposed threats to the park since 2016, and last year – following a series of negotiations – began replanting parts of the site already damaged. They say The Gambia agreed in August 2017 to abandon plans to destroy Monkey Park and demand that officials honor the deal.

“We want to continue on the negotiation on how to protect the park,” the organization said.

Dr. Roy Armstrong of the University of Cumbria, a researcher working to protect the monkeys, also has appealed to save the park.