Home>News>Report: ICC role in Guinea stadium case supports progress on justice
By AT editor - 6 May 2018 at 7:21 am 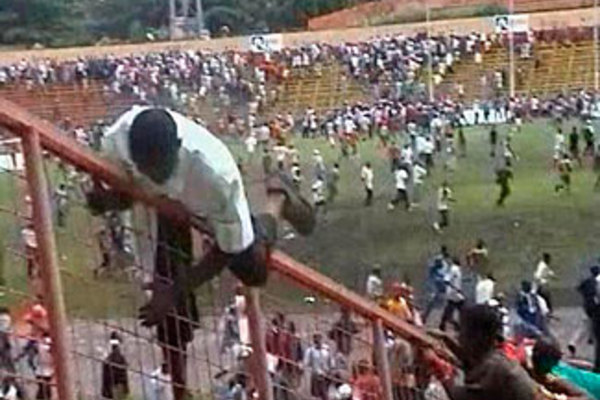 A new Human Rights Watch report on the International Criminal Court and preliminary investigations by the Office of the Prosecutor (OTP) looks at four case studies including the 2009 stadium massacre in Guinea.

Investigations in Guinea have yet to lead to trials although in December 2017 the investigating judges referred the case for trial, HRW said, noting that OTP engagement is among the factors contributing to progress. Yet that OTP role is often under scrutiny across the African continent.

In this case, Guinea’s security forces opened fire on thousands of opposition members at a stadium in Conakry, killing an estimated 150 people while committing sexual violence against women.

In part, progress in Guinea came as the OTP worked closely with prosecuting authorities, but also with victims’ associations that have participated as civil parties in the domestic investigations. The ICC prosecutor also came alongside other international actors in promoting accountability in the country.

Frequent visits to Guinea also help to explain how, despite slow timelines, the OTP maintained a presence that placed pressure on President Alpha Condé and other national authorities who wanted to be seen as capable of establishing justice themselves.

“It is unlikely that the OTP, on its own, can fundamentally alter political dynamics,” the HRW report said. “This suggests that the OTP’s current approach—to defer to national proceedings where there is at least a stated government intention to proceed, but to carefully calibrate whether and how actively to encourage such proceedings depending on its assessment of the likeliness of genuine proceedings—appropriately recognizes certain inherent limits.”

The Guinea chapter in the report is based on research conducted between 2012 and 2016. A complete report is available at this link.