Home>News>Seven SA gold miners dead after small quake hits operations
By AT editor - 6 May 2018 at 6:13 am 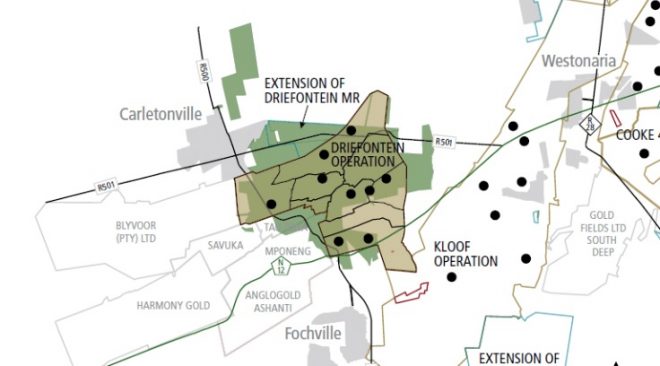 The final death toll following last week’s mining accident stands at seven, with another six who were rescued but injured, according to South Africa’s mineworker unions and the mine operator.

The accident happened Thursday at the Sibanye-Stillwater’s Masakhane Mine at Driefontein, when – according to company officials – a seismic event registering a 2.2 magnitude on the Richter scale occurred where the miners were working. The United States Geological Survey later measured a quake in the region at a stronger 4.5 magnitude.

They were trapped as a result of the quake, with the last three fatalities reached on Saturday.

“A thorough investigation by management and the Department of Mineral Resources (DMR) and other stakeholders will be performed and all efforts will be made to ensure to prevent incidents of this nature occurring in future,” the mining company said.

“As government and South Africans at large, our thoughts and prayers are with the families of the deceased workers, among whom are workers from neighboring states including Mozambique,” Ramaphosa said.

The miners and their countries of origin have not otherwise been identified.

A Sibanye-Stillwater mine was impacted by severe weather in February, when storms packing winds of up to 90 kilometers per hour knocked out power to the Beatrix gold mine near Welkom. More than 1,000 workers were trapped underground for up to 30 hours until service was restored.