Home>News>DR Congo says bodies of escorts killed with UN experts are found
By AT editor - 7 May 2018 at 9:16 pm 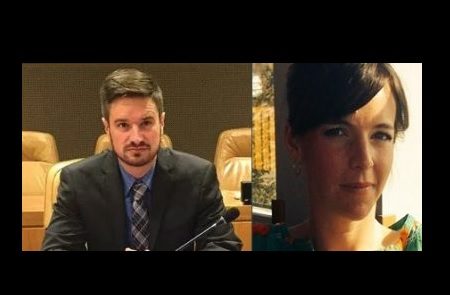 The Congolese minister for human rights said Monday that the remains of at least two people traveling with United Nations experts Michael Sharp and Zaida Catalan in the Kasai provinces of the Democratic Republic of Congo when they were killed have been found.

Isaac Kabuayi, a motorcycle driver, and interpreter Bentu Tshinsela were among four people escorting the group when they were attacked on March 12, 2017. Sharp and Catalan’s bodies were found and identified later that month.

To date, 19 people suspected in the Kasai atrocities have been arrested, she added, stressing that Congolese authorities are working closely with UN teams to establish justice. Mushobekwa said she has not received any complaints from international experts on the investigation into ongoing Kasai violence.

Fatou Bensouda, chief prosecutor for the International Criminal Court (ICC) based in The Hague, arrived in Kinshasa last week to begin an investigation into possible crimes against humanity. Bensouda is responding to a delegation of international human rights organizations who met with the ICC in February to press for an investigation into atrocities, particularly in the Kasai provinces.