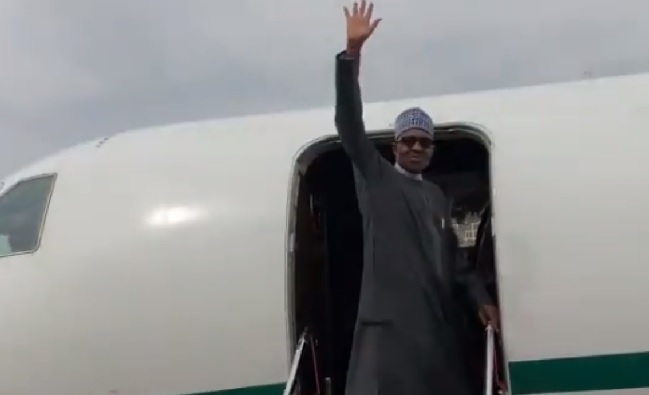 Nigerian President Muhammadu Buhari is in London for medical treatment again, this time for a four-day stay that would bring him back to Abuja on Saturday.

The trip raised new concerns over Buhari’s health, which come as the 75-year-old president plans a run for re-election in 2019. He announced the decision to seek a second term last month immediately before a trip to London to participate in the Commonwealth Heads of Government meetings.

Buhari also was in London last week as he returned from Washington D.C. and an official visit with United States President Donald Trump – another incident that was explained as a “technical stopover” because of aircraft limitations, but raised eyebrows among Nigerians.

The president has been transparent about the fact that he has required medical care, but has not disclosed the nature of his illness. Political opponents have demanded clarity about his fitness for office because of his frequent travels to doctors in London and the extended absences.

Last year, Buhari resumed his duties on August 21 after returning from a UK visit that began May 7, 2017, leaving Yemi Osinbajo, the Nigerian vice president, at the helm during his London stay. That months-long visit followed an earlier stay in the UK from January through March 2017.

This time, it appears that Buhari fully expects to return quickly. His schedule includes a two-day visit to Nigeria’s Jigawa State on Monday and Tuesday.