Home>Health>Naomi Campbell helps launch Lesotho HIV initiative
By AT editor - 10 May 2018 at 6:25 am 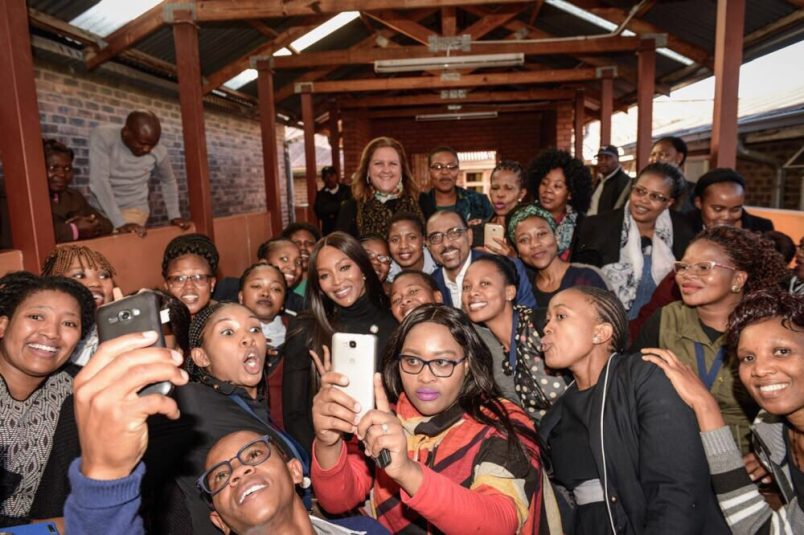 The Deputy Prime Minister of Lesotho, Monyane Moleleki, this week unveiled a new tool to better manage HIV and health programming in the small southern African kingdom – one that’s getting a little star-power energy from activist Naomi Campbell.

The latest data show that Lesotho has nearly 200,000 people on HIV treatment, according to UNAIDS. Young people remain at greater risk across Africa and that’s especially true in Lesotho, where HIV in girls and women between the ages of 15 and 24 years accounts for about 25 percent of new infections each year.

“These are the kind of innovations that will bring services to those who need them most and ensure that no one is left behind by the AIDS response,” said Michel Sidibé, the UNAIDS Executive Director.

Fashion model and activist Naomi Campbell attended the launch with Sidibé as part of a two-day fact-finding trip to the country. During the trip, Campbell also visited the Queen II Hospital in Maseru, and met young women living with HIV and others affected by the HIV epidemic.

“I commend the Government of Lesotho and its partners for the progress made in the AIDS response. But the work is far from done,” Campbell said. “The reality is that we are not reaching adolescent girls and young women. I leave Lesotho today empowered, inspired, encouraged and determined to do all I can to highlight this critical issue.”