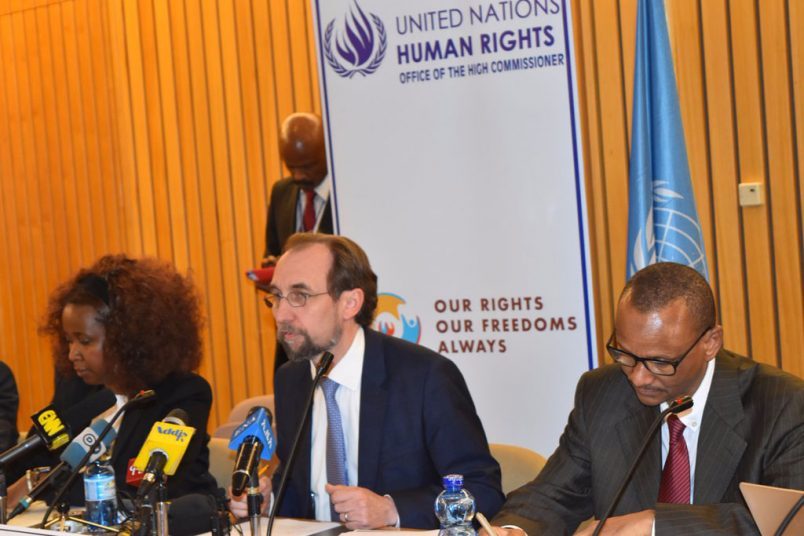 “Last week’s violence in Bangui demonstrates just how volatile the situation is, and how easily crowds can be manipulated into angry mobs ready to attack their neighbors on the basis of their religion,” Zeid said. “With hate speech and incitement to violence so prevalent in media and social media, I fear that spontaneous eruptions of violence like that of May 1 could become more widespread and difficult to contain.”

The human rights chief was referring to an attack in the PK5 neighbourhood of Bangui in which at least 22 people were killed and 185 others injured after an armed group targeted a church in response to a government attempt to arrest one of their leaders. This triggered revenge attacks by the Christian community, including the lynching deaths of three Muslims.

Attacks continued into last weekend, with houses, hospitals, churches and mosques attacked across Bangui. The country has seen escalating violence with an estimated half-million people displaced, and attacks on humanitarian aid workers and religious leaders.

“Perpetrators of killings and violent attacks should be held individually criminally responsible so that an entire community is not tarred with the same brush,” the High Commissioner said. “This will make it more difficult for opportunistic armed groups to manipulate angry mobs into revenge attacks against an entire community. Central Africans know all too well what can happen if communal sentiments are stoked into violence.”

A UN Human Rights report on violations in the CAR between 2003 and 2015 is available at this link.