Home>News>Burundi ruling party blames Ruhagarika deaths on 'terrorist attack'
By AT editor - 12 May 2018 at 8:44 pm 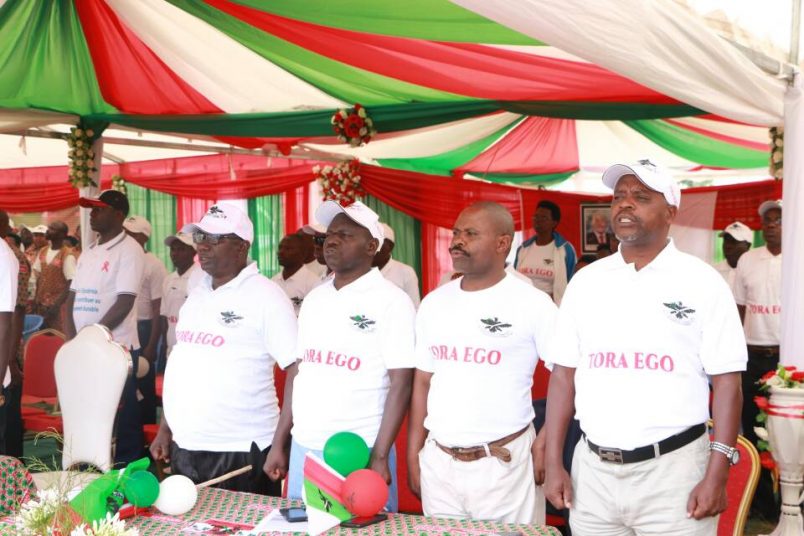 Burundi’s ruling party distanced itself on Saturday from a savage overnight attack in Ruhagarika- Bugunda that left at least 26 people dead, with reports that 11 of the victims were children.

The CNDD-FDD nonetheless continued campaigning ahead of a May 17 constitutional referendum that would allow President Pierre Nkurunziza to serve multiple terms through 2034 if passed – but their rallies were marked by a moment of silence for the victims of what they called a “terrorist attack” on the border community.

The party released a statement condemning the attack, expressing condolences to the victims and families, and calling for peace ahead of the vote. Yet local observers say the Imbonerakure, a primarily youth wing of Nkurunziza’s CNDD-FDD party long accused of political violence, is active in a region that’s been gripped by violence.

The village was a hotspot of politically motivated clashes in 2015, when Nkurunziza’s decision to seek a third term in violation of Burundi’s constitution plunged the country into violence, and is now a center of opposition to the May 17 referendum.

A Human Rights Watch report last month found the Imbonerakure and government forces responsible for the intimidation and killing of political opposition figures and supporters, as well as journalists and NGOs.

“Burundian officials and the Imbonerakure are carrying out violence with near-total impunity to allow Nkurunziza to entrench his hold on power,” said Ida Sawyer, Central Africa director for the international NGO.

Burundi media said Pacifique Cubahiro, a Voice of America journalist, was arrested while trying to report the Ruhagarika attack. This follows Burundi’s decision last week to ban VOA and the BBC for six months. Radio France International and a local media outlet also were warned about their reporting.