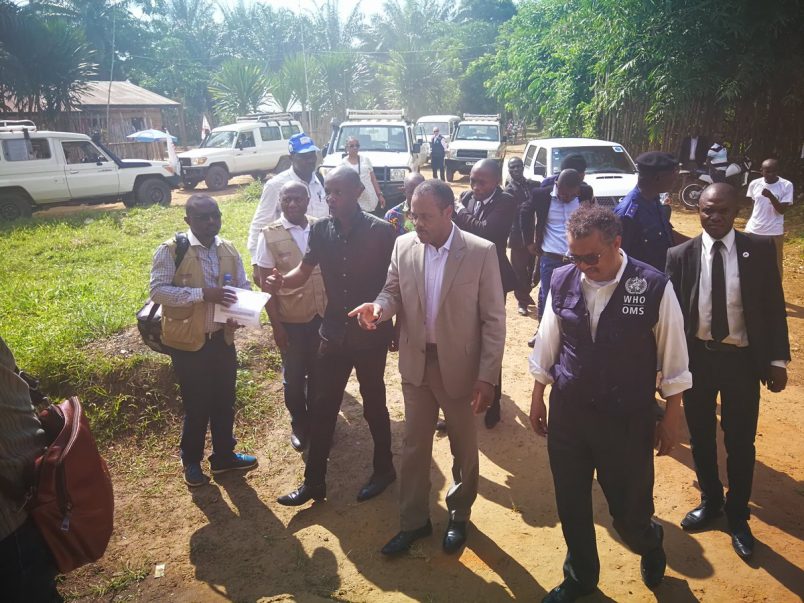 Tedros Adhanom, the World Health Organization Director General, was in Democratic Republic of Congo on Sunday to personally evaluate the response to the country’s new Ebola outbreak.

Tedros met with President Joseph Kabila, Minister of Health Oly Ilunga and other officials before heading out into the field to meet with workers from WHO, Doctors Without Borders and coordinating medical agencies.

“I had the chance to see firsthand the Ebola response in DRC,” Tedros said. “Teams are motivated and working hard. I visited the hospital in Bikoro where patients are being treated, and lab technicians are testing samples.”

The number of cases in and around Bikoro, a lakeside town in the country’s northwest, has risen to at least 34 in the past five weeks. They include 18 fatalities, another 14 suspected cases and two confirmed cases among five initial patient samples sent to Institut National de Recherche Biomédicale in Kinshasa for testing.

“It is too early to judge the extent of this outbreak,” said Dr. Peter Salama, WHO Deputy Director-General for Emergency Preparedness and Response, on Friday.“However, early signs including the infection of three health workers, the geographical extent of the outbreak, the proximity to transport routes and population centers, and the number of suspected cases indicate that stopping this outbreak will be a serious challenge.”

This is DRC’s ninth Ebola outbreak since the discovery of the virus in the country in 1976, including the most recent one last May.