Home>CUTTING EDGE>African scientists: Who has the right to pursue climate geoengineering?
By AT editor - 16 May 2018 at 6:17 am 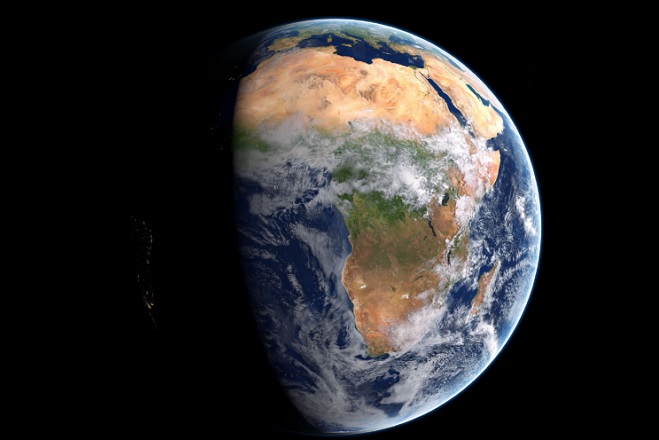 Asfawossen Asrat is professor of geology, School of Earth Sciences at Addis Ababa University in Ethiopia. Nelson Torto is executive director at The African Academy of Sciences in Nairobi, Kenya. What they have in common – along with 10 other scientists from the Global South – is a concern over geoengineering strategies now being considered in the fight against a warming climate.

Their colleague Paulo Artaxo, a professor at the University of Sao Paulo’s Physics Institute (IF-USP) in Brazil, says that projects are under way in the United States, the United Kingdom and Germany to see if a manmade solution to cool the planet is feasible. Ideas like putting mirrors in orbit to deflect sunlight, or injecting sulfur into the stratosphere to intentionally mimic the cooling effect of a volcanic explosion, are attractive to those who see “hacking the planet” as an answer to mitigating climate change impacts.

Yet the outcomes are shrouded in uncertainty for everyone, and especially so among scientists representing countries likely to be most affected by climate change, including India and Philippines.  So these scientists have been holding workshops in their countries to probe hard geoengineering questions.

“Who has the right to implement an inherently global technology?” the scientists ask. “These issues matter deeply to developing nations. But most solar-geoengineering research is being done in the well-heeled universities of Europe and North America. Unless that changes, voices from the global north will set the policy agenda and decide which research projects should be accelerated or shut down.”

In their co-signed article for Nature magazine, they argue that solar engineering is not an alternative to lowering greenhouse gas emissions. The side effects may have disastrous consequences for countries that never had a voice in geoengineering decisions, much the way they had little influence on the consumption patterns and fossil fuel-based economies creating anthropogenic consequences in the first place.

“We oppose its deployment until research into its safety and effectiveness has been completed and international governance mechanisms established,” said the letter published last month. “But we are committed to the co-production of research and to well-informed debate.”

The 2015 Paris Agreement seeks to hold global warming to “well below 2°C” with a target of 1.5°C temperature rise in order to mitigate the worst climate impacts. They include sea level rise that threatens island nations and coastal cities in developed nations alike, and temperature rise that – even at 1.5°C – puts 16 percent of the projected 2050 world population in moderate to high risk zones. That’s based on a model that factors for 14 impacts in water, energy, and food and environment, in research recently published in the journal Environmental Research Letters. Yet at 3°C, it becomes 50 percent of people, and the risk of impacts to Africa – already higher, along with parts of Asia – increase disproportionately.

That’s the level many scientists, including the Global South letter writers, fear is inevitable because even if the Paris Agreement commitments are kept they’re not enough to achieve greater reduction. There is often variation in climate research and conclusions, but there’s much consensus on the fact that we’re not acting anywhere near quickly enough to reduce carbon emissions and avert the more dire scenarios. The Union of Concerned Scientists and others stress that climate impacts are already happening, and the need to accelerate climate action – decisions that have been delayed for decades – is of the essence.

That’s creating tension between advocates seeking to reduce greenhouse gas emissions and adopt climate strategies and technologies, such as renewable energy, that target the carbon “disease” rather than its symptoms. Yet those favoring solar geoengineering strategies see a role for intervention on a planetary scale, to work alongside other climate change mitigation techniques or as a last-chance effort.

Daniel Schrag, a professor of geology, environmental science and engineering for Harvard University, says switching energy systems from fossil fuels to another system will take “at the least” many decades and probably more than a century, at a price tag that’s staggering. “We may actually not be able to switch our energy system over in time to avoid the worst consequences of climate change,” he said.

Solar geoengineering is not a substitute for cutting emissions but it may be a powerful supplement, says his colleague David Keith, among the world’s foremost experts on the science. This is where the idea of solar geoengineering intervention has gained traction in recent years even among climate skeptics.

Without having any meaningful sense of how solar geoengineering will affect the developing world, or the scope of the unintended consequences of strategies like cloud brightening – intentionally boosting their ability to deflect the sun’s rays with seeded particles – their global colleagues insist on a voice. They do so, however, while remaining open to the possibilities or the necessity of the evolving science.

“Solar geoengineering is outlandish and unsettling. It invokes technologies that are redolent of science fiction — jets lacing the stratosphere with sunlight-blocking particles, and fleets of ships spraying seawater into low-lying clouds to make them whiter and brighter to reflect sunlight,” the Global South scientists said. “Yet, if such approaches could be realized technically and politically, they could slow, stop or even reverse the rise in global temperatures within one or two years. No other way of doing this has been conceived. Removing greenhouse gases from the air would take decades, if it is even possible.”

It’s not clear what poses the greater risk: a dystopian world beyond the 1.5°C limit, or the untested science to address it. What’s certain, the scientists say, is that morally and politically, those living in Kenya or Bangladesh or Brazil need to be a part of making those decisions.

To see the complete Nature article, check this link. To view a video on the science from Harvard University’s Solar Geoengineering Research Program, see this website.