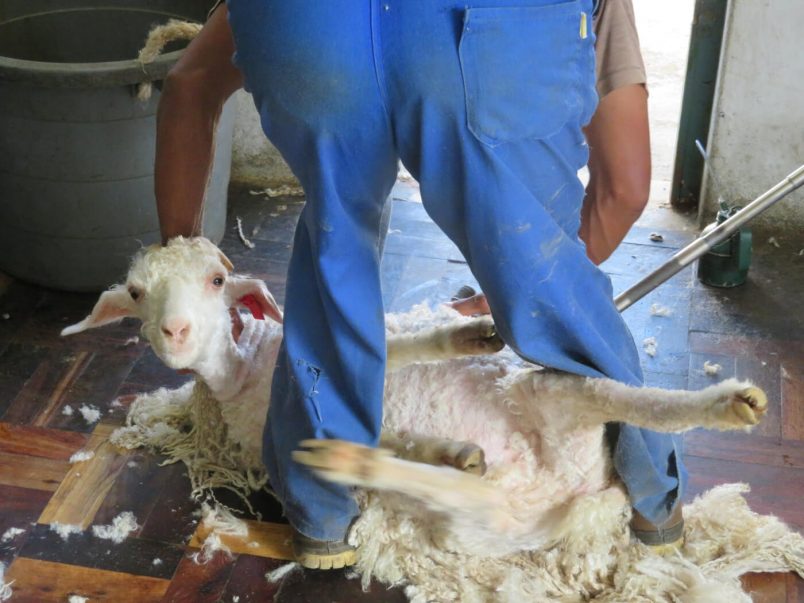 More than 50 fashion retail brands now have banned the use of mohair as the fallout continues following an investigation into animal cruelty on angora goat farms – the source of the wool – in South Africa.

The PETA Asia report that came out two weeks ago stunned consumers with graphic footage of the goats. They claimed to show rough handling of the animals during shearing, cuts and injuries during the process, and the slaughter of animals after they’ve produced wool for the usual five- or six-year span.

The latest companies to drop mohair products include Marks & Spencer, Mango, Next and Primark, according to industry reports on Tuesday. PETA says the complete list, found on the animal rights organization website, will now top 50 brands, with new additions joining H&M, Gap, Banana Republic stores, Ann Taylor, Esprit and others.

South Africa produces about half of the world’s mohair supply, and PETA says its investigation was carried out on 12 different farms. The industry responded on May 4 by saying it was shocked and planned an investigation to ensure that its sustainable practices for raising angora goats are followed.

“While we consider much of the report, and accompanying footage, to be factually incorrect and a misrepresentation of the South African Mohair Industry, some isolated issues have been raised and we have launched an investigation to address these issues directly and swiftly,” said Mohair South Africa.

All mohair from farms implicated in the PETA video is removed from sale pending their own review, they said.