Home>In Depth>Ahead of OIC summit on Gaza, African nations focus on Palestinian crisis
By AT editor - 17 May 2018 at 3:15 am 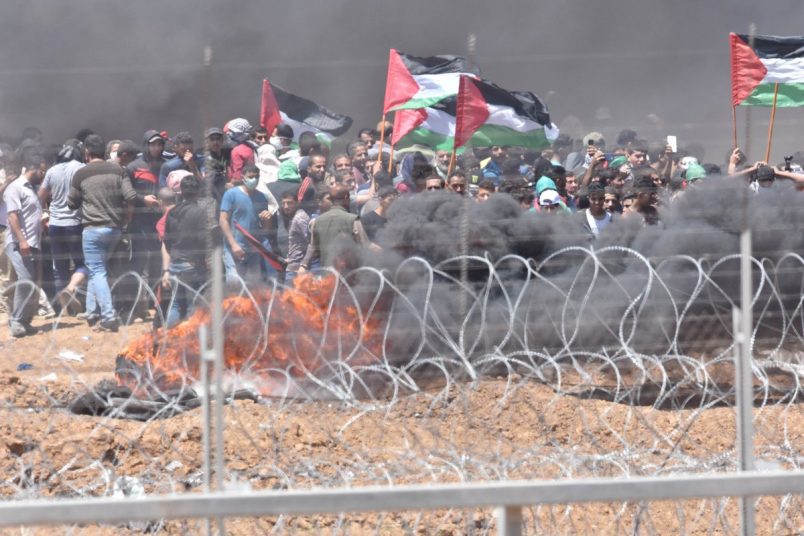 The Organization of Islamic Cooperation (OIC), a body that counts half of all African nations among its 57 members, plans an extraordinary summit on Friday in Istanbul following the call of Turkish President Recep Tayyip Erdoğan to address the Israeli-Palestinian crisis in Gaza.

The OIC has condemned the United States decision to move its embassy to Jerusalem as part of the 70th anniversary of the establishment of the Israeli state, and decried the deaths of more than 60 Palestinians to date. Erdoğan has been a high-profile critic of Israeli President Benjamin Netanyahu, and vowed Wednesday that Israel will never be permitted to “steal” Jerusalem.

For its part, the OIC has said it will continue efforts to defend the two-state solution and the right of the Palestinian people to self-determination and statehood. The OIC will “lead efforts to formulate a multilateral and credible approach to end the conflict on the basis of international law and relevant United Nations resolutions,” it said in a statement.

Erdoğan discussed the meeting agenda with Sudanese President Omar al-Bashir and other leaders by telephone on Wednesday, while calling for a common stance on Gaza. Algerian President Abdelaziz Bouteflika said he will send a speaker of parliament to represent him in Istanbul, while Morocco’s Mounia Boucetta, the Secretary of State for the Ministry of Foreign Affairs, will lead her delegation.

A similar emergency OIC meeting on the U.S. decision to recognize Jerusalem as the Israeli capital was held in December. The organization decided it would hold the U.S. responsible for any repercussions following the decision, and threatened “political and economic restrictions” against any states, parliaments, companies or people who support Israel’s action affecting Jerusalem or “engaging in any form with measures aimed at perpetuating Israeli colonization of the occupied Palestinian territories.”

That meeting was attended by, among others, the presidents of Guinea, Comoros and Somalia, as well as Libya’s Fayez al-Sarraj, the head of the Presidency Council of the United Nations-backed Government of National Accord. Djibouti Prime Minister Abdoulkader Kamil Mohamed also attended, as did Egyptian Foreign Minister Sameh Shoukry.

Other responses across Africa

South Africa, while not an OIC member, was quick to act as the death toll in Gaza climbed and thousands of Palestinians gathered to protest on Monday. The South African government immediately recalled Ambassador to Israel Sisa Ngombane and issued a statement condemning the violence.

“Like other members of the international community, South Africa is disturbed by the latest deadly aggression and reiterates calls made by several member states of the United Nations for an independent inquiry into the killings, with a view to holding to account those who are responsible,” the Department of International Relations and Cooperation (DIRCO) said.

At the United Nations Security Council

A United Nations Security Council emergency meeting, requested by Kuwait, was held Tuesday. Nickolay Mladenov, the UN Special Coordinator for the Middle East Peace Process, called on all members to join him in condemning the actions that have led to the loss of many lives in Gaza.

“Israel has a responsibility to calibrate its use of force, to not use lethal force, except as a last resort, under imminent threat of death or serious injury. It must protect its borders, but it must do so proportionally and investigate every incident that has led to a loss of human life,” he said. “Hamas, which controls Gaza, must not use the protests as cover to attempt to place bombs at the fence and create provocations; its operatives must not hide among the demonstrators and risk the lives of civilians.”

Ethiopia’s representative reiterated the country’s commitment to a two-state solution and final status negotiations on Jerusalem. “The basic elements around which reliable and sustainable peace can be secured between the Palestinians and Israel are two: dependable security for Israel on the one hand and the realization by the Palestinians of their national aspiration, on the other,” said Tekeda Alemu.

“Any attempt to run away from this reality or to ignore same can only lead to the tension, violence and bloodletting we have been witnessing,” he added. Equatorial Guinea, among the three African countries currently holding nonpermanent council seats, also voiced its support for a two-state solution.

Their positions follow that of the African Union, which strongly condemned Israel for its use of disproportional violence and said the U.S. embassy relocation will only heighten tensions between Israel and the Palestinians.

Moussa Faki Mahamat, chairperson of the AU Commission, said the AU remains in solidarity with the Palestinian people “in their legitimate quest for an independent and sovereign State with East Jerusalem as its capital.”

Côte d’Ivoire and Ethiopia each sent representatives to the U.S. Embassy ceremonies in Jerusalem. They were among at least 12 African nations to do so. Meanwhile, Côte d’Ivoire and Equatorial Guinea also co-signed a letter to UN Secretary General António Guterres addressing the failure to implement a 2016 resolution on Israeli settlement policy. “The Security Council must stand behind its resolutions and ensure they have meaning; otherwise, we risk undermining the credibility of the international system,” the letter signed by 10 members and seen by Reuters said.