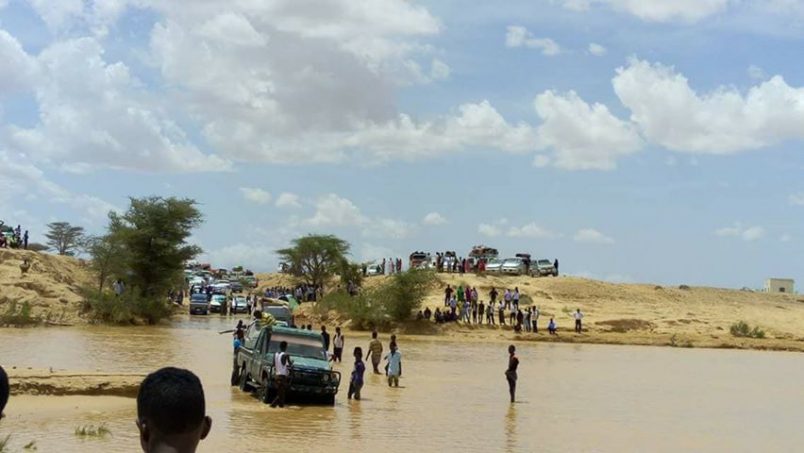 Meteorologists tracking Sagar, a relatively rare tropical storm that strengthened as it crossed the entire Gulf of Aden, are expecting landfall on Saturday near the Djibouti-Somalia border. It has potential impacts for Ethiopia too as it reaches the Horn of Africa.

Flash floods were reported in the Bari region of Puntland on Friday, according to the United Nations Food and Agricultural Organization. Local media reports two flooding fatalities, with inundation along the northern coast at Bosaso that also flooded a nearby camp for displaced persons but did not cause casualties.

The latest report from the Joint Typhoon Warning Center, a United States military agency, put the storm’s wind intensity at up to 100 kilometers per hour as Sagar crosses over warm waters before reaching land. It was positioned 166 kilometers south of Aden, Yemen, and about 135 kilometers from the Somaliland coast.

The storm poses a concern because of the potential for heavy rains and flash flooding, in populated regions of Yemen and Somalia facing ongoing humanitarian crisis and long-term drought conditions.

The UN has warned that winds and heavy rain will likely reach inland to Ethiopia on Sunday afternoon, although Sagar is likely to be a tropical depression by then.

The World Meteorological Organization said just three similar storms have occurred in the Gulf of Aden since 1968. The UK Met office said similar events in Yemen in 2008 and Somalia in 2013 have led to hundreds of human fatalities, the large scale loss of crops and livestock, and destruction of property and infrastructure.