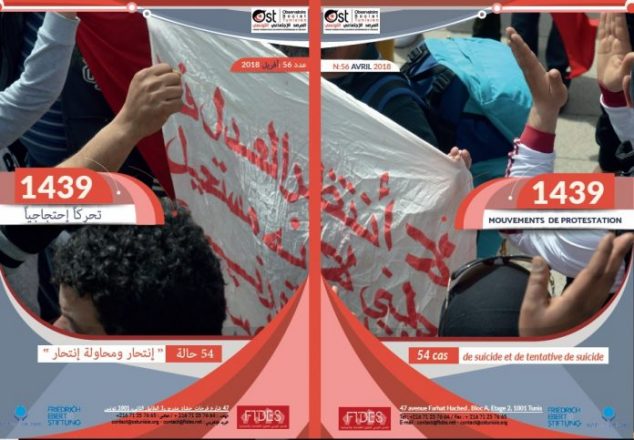 Protesters took to the streets again Sunday night in Tunisia, where the disputed outcome of a football match has sparked three straight nights of demonstrations.

The crowds in Gafsa, a troubled Tunisian crossroads city about 200 kilometers inland from Sfax, blocked streets and burned tires to protest a referee decision that ended the Friday night match in favor of the Ben Guerdane team. That decision placed Gafsa in a second league slot, and put their opponents – from a Libyan border city known as an extremist hotspot – into a first league position.

The match, played at Radès Olympic Stadium near Tunis, was marked by a players’ brawl and disputes over referee calls and alleged political interference. “The decision to withdraw was the best solution to end a football farce that did not allow us to win in any case,” the team said in a statement.

There’s concern that the new violence in Gafsa, however, goes beyond the football brawls common to Tunisia. Ten years ago, the mining town was the epicenter of economic and employment protests against former president Zine El Abidine Ben Ali, who met the frustrations of Gafsa workers with tear gas, torture and ultimately live fire – a decision fresh in the minds of Arab Spring activists three years later.

A wave of protests across Tunisia in January also included Gafsa as young Tunisians protested economic hardship and austerity conditions. In March, a Tunisian NGO urged the government to adopt a comprehensive development plan in the Gafsa region, following nearly two months of unemployed youth protests met with new arrests. Those protests and social movements are on the rise in Tunisia, according to the FTDES April report.