Home>Finance & Economics>Barrow in Brussels for The Gambia-EU donor conference
By AT editor - 22 May 2018 at 6:17 am 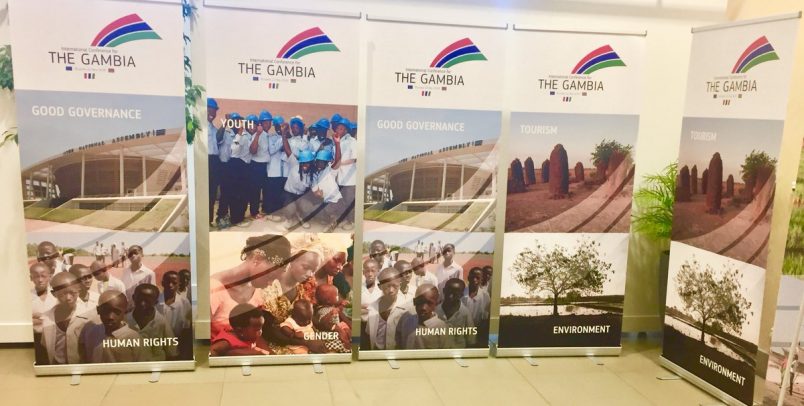 President Adama Barrow of The Gambia is in Brussels Tuesday for a donor conference to help support the country’s democratic transition from the decades of rule under former dictator Yahya Jammeh.

The conference, jointly organized by The Gambia and the European Union, will see Barrow co-chair the meeting alongside High Representative and EU Vice President Federica Mogherini and Nevin Mimica, the Commissioner for International Cooperation and Development. A business forum will follow the conference on Wednesday to discuss projects in energy, infrastructure, agriculture and tourism.

The Gambia continues an economic struggle as it builds a recovery after more than two decades of repression under Jammeh, who is accused of taking millions of dollars with him when he went into exile. Gambians grapple with the legacy of those years, including the recent discovery of another mass grave dating to 2005.

The International Monetary Fund (IMF), completing a visit to Banjul earlier this month, said The Gambia’s debt has risen to 130 percent of GDP, half of which is owed to external creditors. There are signs of recovery, with a higher growth rate at 3.5 percent and lower inflation, but finding the funds needed to rebuild the country – including a truth and reconciliation process – remains daunting.

“Emerging from over two decades of autocratic rule, The Gambia remains a fragile state with significant developmental and infrastructure gaps,” the IMF said. “It was ranked 173 out of 187 countries in the UNDP’s 2016 Human Development Index, and, at 48.6 percent, poverty remains pervasive and has remained relatively stagnant.”

The conference is meant to boost assistance beyond the EU support of €225 million through 2020.