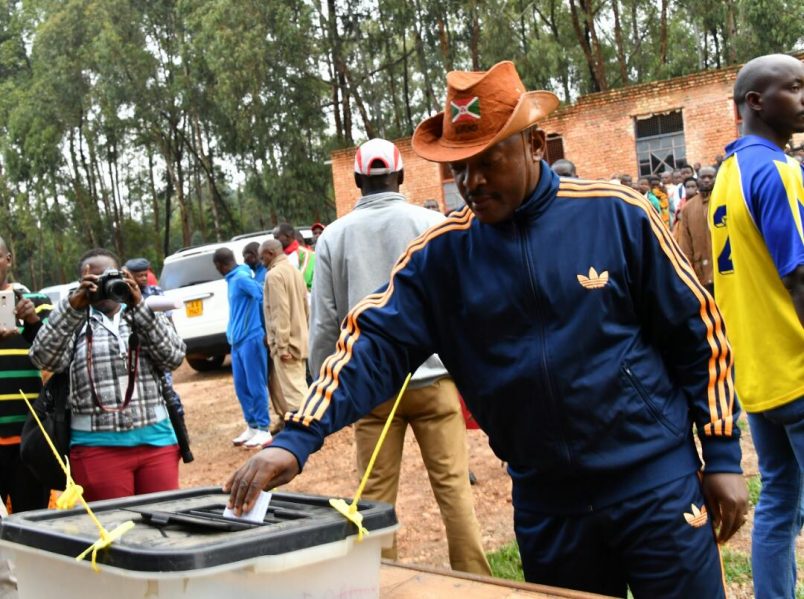 Officials in Burundi verified on Monday the final vote tally on a referendum, initiated by President Pierre Nkurunziza, which extends presidential term limits to allow him to run for and remain in the office through 2034.

The Independent National Electoral Commission (CENI) said the referendum passed with 73 percent of the vote and 19 percent voting against. The participation rate exceeded 96 percent, CENI said – yet human rights groups and some governments were quick to question the process and the result.

The United States responded in a statement that said the referendum was “marred by a lack of transparency, the suspension of media outlets, and attempts to pressure voters.”  The government allowed the opposition to campaign but not without numerous cases of harassment and repression.

This “contributed to a climate of fear and intimidation,” said U.S. Department of State spokeswoman Heather Nauert. “The absence of independent observers also undermines confidence in the reported result.”

The U.S. statement also condemned a ban on the BBC and Voice of America, which were prevented from reporting on the referendum; Radio France International and a local media outlet also were warned about their reporting. The European Union spoke out against the media ban earlier this month.

“The EU remains deeply concerned by the human rights situation in Burundi, which undermines any initiative for reconciliation, peace and justice,” said Federica Mogherini, the foreign affairs chief for The EU. She cited the persistence of extrajudicial executions and arbitrary arrests, and the restrictions on freedom of expression and association.