Home>News>Despite Tripoli election HQ attack, Salamé sees progress in Libya
By AT editor - 22 May 2018 at 4:42 am 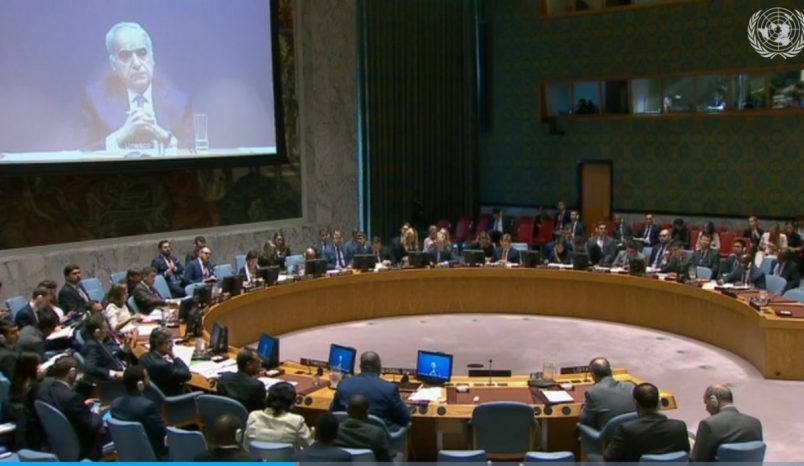 The head of the United Nations Support Mission in Libya (UNSMIL) says that despite an attack earlier this month at the High National Elections Commission (HNEC) offices in Tripoli, the country continues to move toward elections planned for later this year.

Ghassan Salamé, speaking to the UN Security Council, said the participation in an ongoing national dialogue has engaged citizens in 27 different locations since it was launched in April as part of the UN’s Action Plan for Libya.

“At the core of the public mood is a strong desire of renewal of the political scene, the assertion of local power, and a return to a more normal life with more regular institutions,” Salamé said. “This has fueled their call for elections which has been heard increasingly loudly and clearly; through the voter registration update, within opinion polling, and now, during National Conference meetings.”

Elections must be held as soon as possible, he said, but warned that proper conditions must be in place. They include a new round of voter registration, prior commitment to accept the results, appropriate funds and strong security arrangements.

Libya remains volatile, Salamé said. Examples include the escalating conflict in the eastern city of Derna, where Government of National Accord rival Khalifa Haftar and the Libyan National Army launched a military attack May 7. Despite such incidents, Salamé reported an optimism among the Libyan people.

“Meetings have been held from Tripoli to Shahat, the western Nafusa mountains to the eastern Green mountains, the southwest border town of Ghat to the town of Qatrun in the extreme south; all without a single security incident recorded,” he said.

“Libyans from all political stripes and segments of society gathered to enter the political conversation, many for the first time with an enthusiasm that could not have been predicted,” he added. “They have made it their own.”