Home>Finance & Economics>ICIJ investigation has West African corruption in its crosshairs
By AT editor - 24 May 2018 at 2:34 am 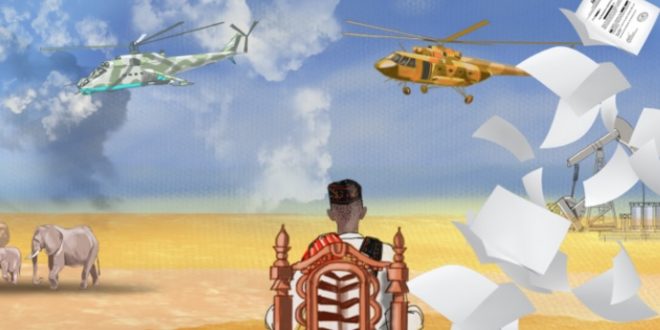 The launch of a new investigative journalism series has all eyes on West Africa, where the International Consortium of Investigative Journalists (ICIJ) has partnered with reporters in 11 countries to, among other things, track down money in offshore tax havens and expose the elite clientele connected to the funds.

“Leaked records uncover the secretive companies and bank accounts of some of West Africa’s most powerful politicians and corporate moguls, including a Mali presidential candidate, the mayor of Cote d’Ivoire’s richest city and a member of the Togolese ruling dynasty inner circle,” said ICIJ in a summary. “Files also reveal details behind a Seychelles company of a longtime friend of Nobel Prize-winning Liberian ex-president Ellen Johnson Sirleaf who helped lobby on behalf of a mining company.”

Will Fitzgibbon, the head of ICIJ’s Africa desk, said the team of journalists – some working on an ICIJ investigation for the first time – explored 27.5 million files and documents over a period of months in order to hold West African leaders to account. ICIJ partnered with the Ouagadougou-based Norbert Zongo Cell for Investigative Journalism (Cenozo) to begin the project.

“To give you an idea of the conditions some of these journalists work in, one reporter who asked not to be named for his safety is in exile, another doesn’t get paid for his investigative journalism and several get by with broken computer screens,” Fitzgibbon said. “Some have received threatening phone calls during their reporting or come under pressure from corporate executives who appear in the Panama Papers to stop digging – or else have their newspapers’ advertising contracts cancelled.”

One of the first pieces in the series focuses on the impoverished nation of Senegal and how companies benefit from tax treaties that strip away much-needed revenue.

To explore the ICIJ West Africa series, which are reported in English, French and Portuguese, check this link.