Home>News>South Sudan opposition refuses IGAD power-sharing proposal
By AT editor - 24 May 2018 at 3:20 am 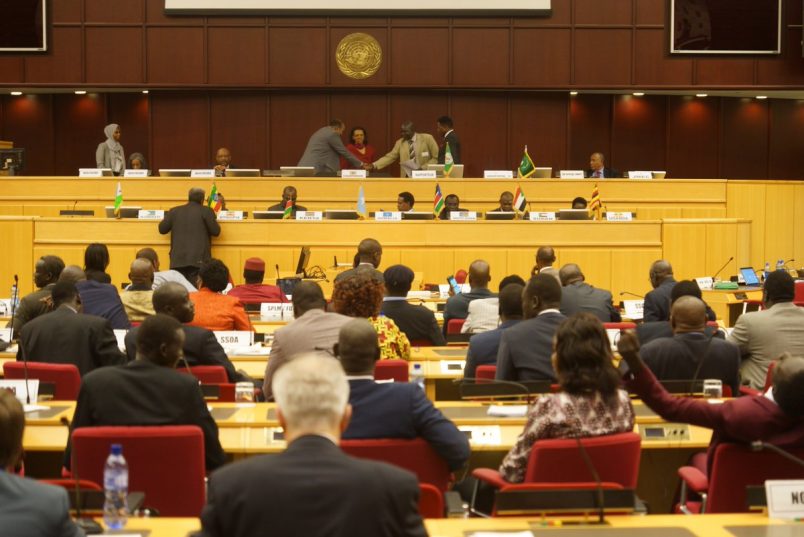 Opposition leaders in South Sudan have rejected a peace proposal introduced by the Intergovernmental Authority on Development (IGAD), the East African regional body that’s so far failed to broker an agreement to end the conflict between President Salva Kiir’s government and rebel group leaders.

Mabior Garang, the SPLM-SPLA IO spokesman, said the opposition groups – newly aligned as the South Sudan Opposition Alliance – said the groups walked away from a “bridging proposal” discussed during the latest round of the High Level Revitalization Forum (HLRF) negotiations because it is an endorsement of the status quo and is not consistent with realities on the ground.

“The IGAD Proposal further rewards the regime in Juba for their intransigence throughout the peace process and for their well-documented role in precipitating the collapse of the ARCISS in July 2016,” he said in a statement, referring to the Agreement on the Resolution of the Conflict in South Sudan.

The newly proposed transitional government would rely on a power-sharing agreement that allocates more than half of South Sudan’s roles and responsibilities to the existing Kiir regime, while dividing the remainder between those loyal to exiled opposition leader Riek Machar and other opposition groups.

IGAD announced on Tuesday its plans to convene the Council of Ministers for an extraordinary summit to discuss the ongoing violations of a Cessation of Hostilities Agreement (CoH) signed in December.