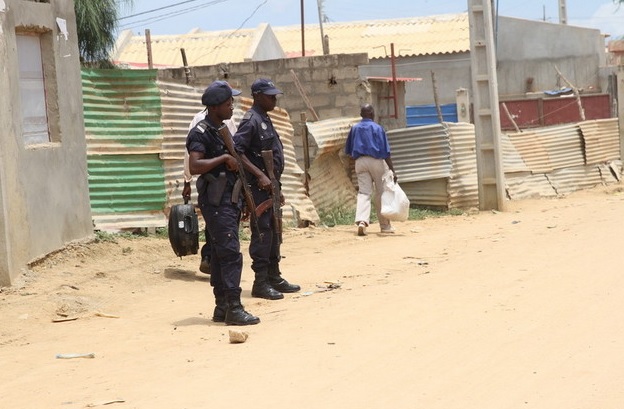 A protester in Angola was hospitalized in critical condition following an attack by police dogs on Sunday, in what human rights organization Amnesty International said continued the pattern of crackdowns on dissenting views and the freedom to expression.

Police spokesman Lázaro da Conceição told Angola’s state news agency that more than 200 people were arrested in Luanda at the weekend, all part of a security operation that will continue until people feel secure again.

The injured protester was in Luanda, participating in a peaceful demonstration to demand justice for Angolan victims who were subjected to torture and extrajudicial executions four decades ago under late president Agostinho Neto. They also demanded a memorial to those victims.

A video of the protest published by German news outlet Deutsche Welle showed a chaotic scene as protesters blocked traffic and were dispersed by security forces with the dogs.

Similar protest scenes have occurred in Angola in the recent past, including a February 2017 incident, but they now raise concern that anticipated reforms under President João Lourenço, elected last August after decades of Jose Eduardo dos Santos rule, are not forthcoming.

“This latest crackdown on dissent in Angola is unfortunately a clear demonstration that there is little space for differing views,” said Deprose Muchena, Amnesty International’s Regional Director for Southern Africa. “Authorities must stop targeting dissent.”

Last week, and ahead of this incident, the international Human Rights Watch NGO sent an open letter to Lourenço expressing concern over the historic lack of democratic freedoms in Angola. “The government of Angola has obligations under African and international human rights treaties that require it to respect the rights to life, bodily integrity, and liberty and security of the person, as well as freedoms of expression, association, and assembly,” the NGO said.

The renewed attention comes as Lourenço traveled to Europe for state visits in France and Belgium.