Home>News>African migrant killings in Libya spark new appeals for protection
By AT editor - 1 June 2018 at 8:26 pm 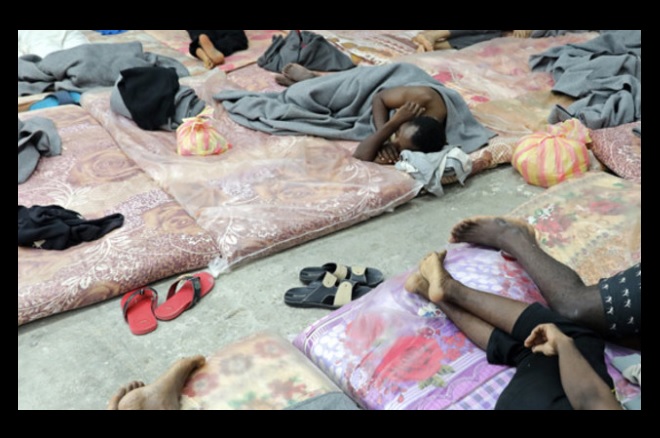 Human traffickers in Libya reportedly killed more than a dozen people and wounded many others after a group of some 200 Eritreans, Ethiopians and Somalis attempted to escape captivity, UNHCR said on Friday.

The United Nations refugee agency said the incident happened May 23 in Bani Walid, about 180 kilometers southeast of Tripoli. Spokesman William Spindler, speaking from UNHCR headquarters in Geneva, said survivors described being shot while trying to escape torture, abuse and exploitation that in some cases had gone on for three years.

Local Libyan authorities transferred 140 survivors to an official detention center in Gaser Ben Gashir, where they are receiving humanitarian assistance. UNHCR said a large number of unaccompanied children are in the group.

“This latest deadly incident demonstrates, once again, the huge challenge of providing protection to refugees in Libya, where many people fleeing war and persecution fall prey to criminal networks who exploit and abuse them or later often perish at sea while searching for safety in Europe,” the agency said.

“We continue to call on resettlement countries and the international community to step forward, open more resettlement places and identify ways to protect vulnerable refugees in Libya and beyond.”

A recent study by the UN human rights office, OHCHR, and the UN Support Mission in the country, known as UNSMIL, estimated that some 6,500 people are being held in official prisons in Libya. Thousands more are in facilities run by armed groups, some of which are affiliated with the state, the study found.