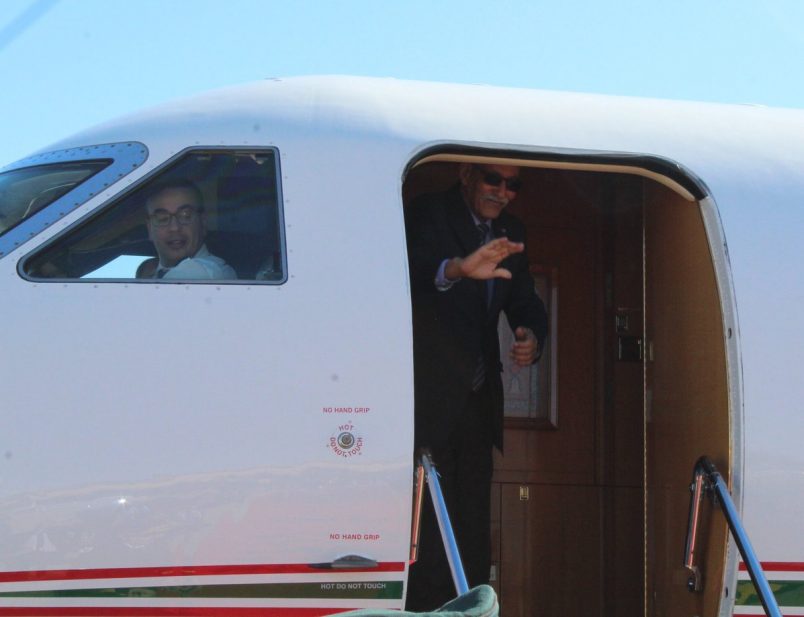 South Africa is the next stop for President Brahim Ghali, leader of the Sahrawi Arab Democratic Republic (SADR), as he continues a tour of southern African nations ahead of an upcoming African Union summit.

Ghali arrived in Johannesburg on Saturday, where he was met by the Sahrawi Ambassador to South Africa, Bashir Esghayer, and other dignitaries. He plans to meet with South African President Cyril Ramaphosa on Tuesday.

“South Africa and the Sahrawi Arab Democratic Republic enjoy cordial and fraternal relations that were forged during the struggle against colonialism and apartheid,” said the foreign affairs ministry in South Africa, which has recognized Western Sahara since 2004. “It is expected that the two Heads of State will review bilateral cooperation between the two countries and exchange views on issues of common interest and mutual concern.”

“I reaffirmed Namibia’s stance on self-determination for the Saharawi people, and called on the AU and the UN to commit to their positions on Western Sahara,” said Geingob as Ghali headed on to his next stop.

Ghali’s diplomatic whirlwind comes as the African Union plans its summit in Nouakchott, Mauritania, beginning June 25. Western Sahara’s decades-old dispute with Morocco remains atop the agenda as the AU, after reinstating Morocco as a member nation, has upheld a resolution supporting the United Nations peace process between the two. A report on the resolution is expected in Noaukchott.