Home>News>New call for inquiry into police abuses in unsettled Angola
By AT editor - 6 June 2018 at 10:59 pm 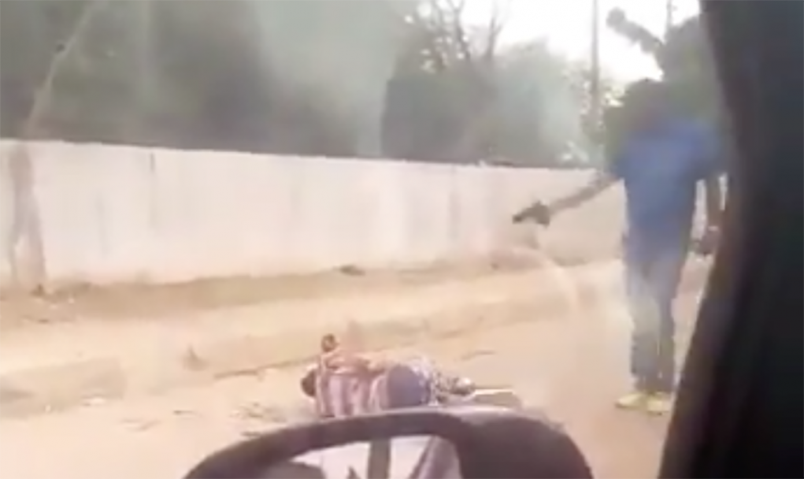 The Human Rights Watch organization has called on Angolan authorities to investigate what appears to be the summary execution of a criminal suspect by police officers in Luanda, one of dozens of similar cases reported by nongovernmental human rights group Maka Angola.

Footage of the June 1 incident, captured by a bystander and shared widely on social media, shows an agent of the Angola Criminal Investigation Service (SIC) pointing an assault rifle at the unidentified man. A second officer then shoots the man, who authorities said was part of a criminal gang that had robbed a car. The country’s interior minister confirmed the incident and said the agents involved face disciplinary action, HRW said.

“Angolan police have a responsibility to fight crime within the confines of the law, and those who don’t should face punishment,” said Dewa Mavhinga, Southern Africa director at HRW. “The apparent cold-blooded execution of a suspect requires Angolan authorities to promptly and impartially investigate members of the criminal investigation unit and appropriately prosecute any wrongdoing.”

The new case comes as Angola has cracked down on protests and demonstrations, with more than 200 people arrested in Luanda at the end of May. A video of the May 27 protest published by German news outlet Deutsche Welle showed a chaotic scene as protesters blocked traffic and were dispersed by security forces with dogs.

“This should be part of a broader effort by the government to put an end to grave rights abuses by Angola’s security forces,” said Mavhinga.